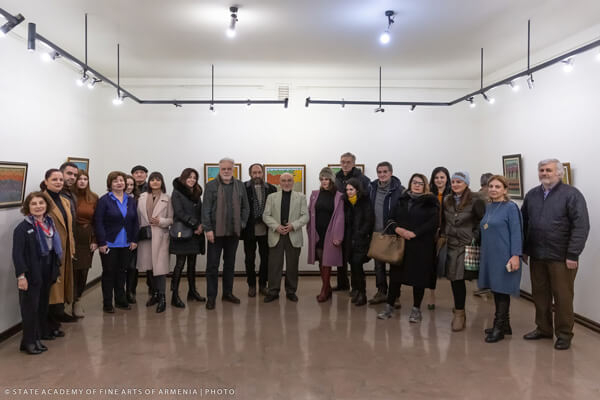 Born in Beirut, Tigran Daderyan left for Paris after graduating from Melkonian School and studied at the studio of wood carving of Fine Arts College, and later the Academy of Ranson. Fully integrated in French cultural life, the artist had close communication with the prominent intellectuals of the time, including the writer, poet, founder of surrealism Andre Breton, Louis Aragon and others. He had numerous exhibitions in France, Switzerland, Lebanon; his works are kept in the museum of Contemporary Art in Paris, in Galust Gyulbenkian museum and National Gallery of Armenia. George Kassabian left his birthplace, Aleppo at a very young age and went to Canada. His initial choice of specialty, engineering then computer programming later made him turn to art direction; thus he continued his education in Fine Arts University of Western Ontario in Canada. Different directions found their reflection in his art; the initial stage was dedicated to cubism, surrealism, constructivism, later minimalism became dominant.  An important factor for the artist- his integration to the environment in which he lives and creates, has never meant any difficulty for him as he was very quickly adapted to the Canadian cultural reality, mastered artistic forms and approaches, and shaped local thinking. He had numerous exhibitions in Canada, the United States, Germany, Lebanon and Syria. Many of his works are shown in a series of Canadian galleries.

George Kassabian is very much concerned about the fate of the heritage of Diaspora artists and the ignorance of the RA artists, art-historian and younger generation over the latter’s art.  “Here, in their homeland”, says Mr. Kassabian, “People are not familiar with them who had succeeded abroad”.  He speaks, for example, about Asatur Pzdikyan, Grigor Norikyan,   Tigran Daderyan, in another interview he mentions also Paul Kirakosyan, Levon Tutunjian, Markos Grigoryan. For the purpose to make the Armenian public more familiar with the Diaspora Armenian artists, George Kassabian has initiated a programme to bring annually one or two Diaspora Armenian artists to Armenia with their exhibitions and even with the intention to leave some of the works in homeland. He is pretty sure that even at least the name, forms and interpretations of the artist kept in mind will transmit certain information about the developments of foreign reality, innovative approaches, etc.

George Kassabian himself is an artist with contemporary thinking, a supporter of breaking the stereotypes; as to him, this should be firstly reflected in the educational sphere through directing the arts education to revealing the student’s individuality and fostering the development of his individual features. His suggestion to change the educational system is either to invite specialists from abroad, or send our specialists to a full training.

The artworks introduced in the exhibition “Sensitive surfaces” along with the obvious differences in approaches, are quite harmonious under the general heading: an inner connection is revealed, not just a mere attitude to the forms of the outside world, but also a means of abstraction as a self-observation of a form dictated by the inner state.

According to George Kassabian, these works of Daderyan are a reality viewed from above, in other words, viewed through the own identity. At a first glance they seem to be a sequence of certain color shifts, a set of color developments, signs, canvases, dots, which are perhaps expressions of the artist’s attitude at different times; his attitude to color, his addition to the colors of the world, reaction from his inner world: With this regard, only surfaces can be sensitive… 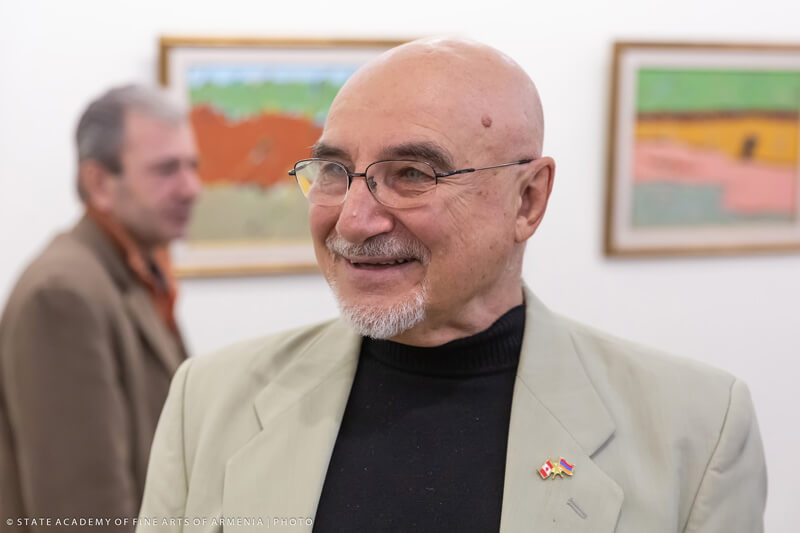 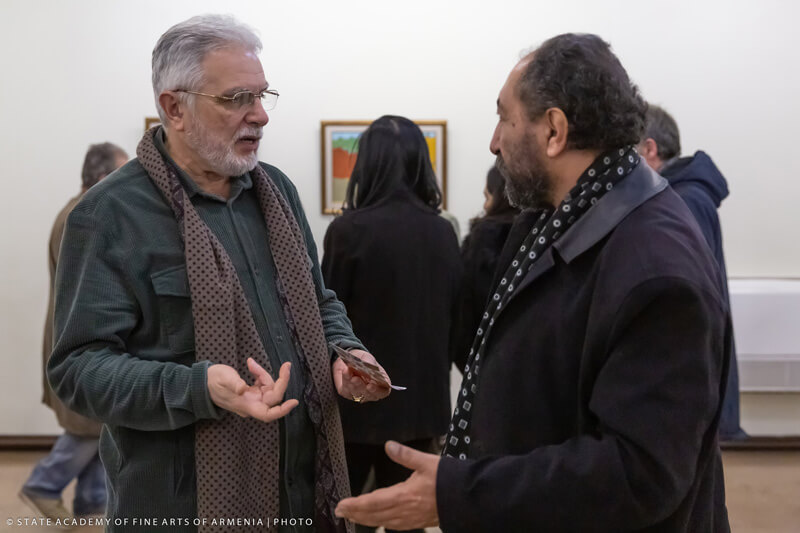 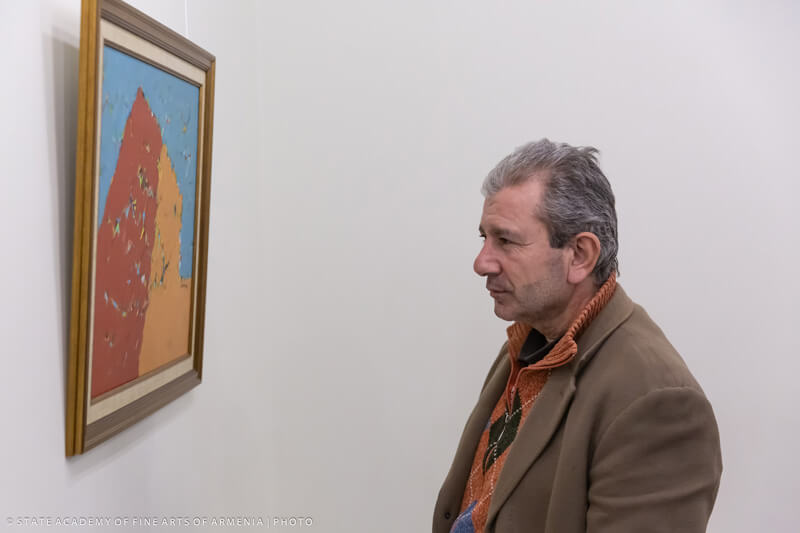 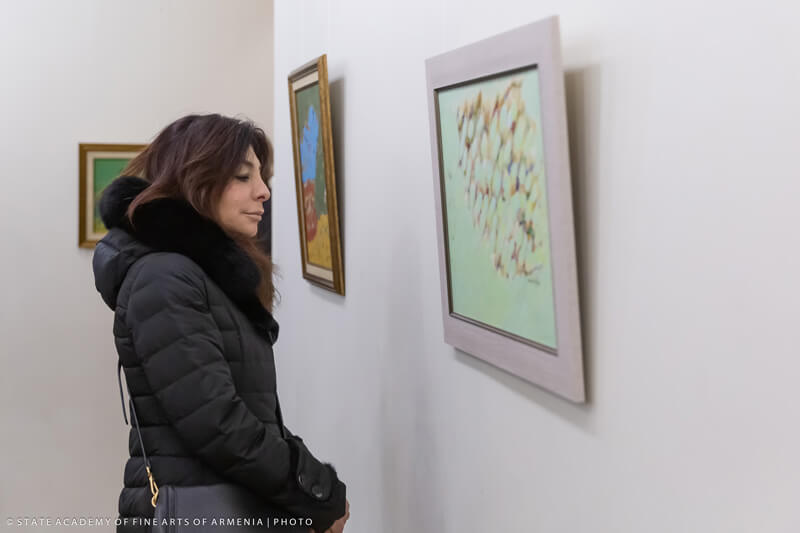 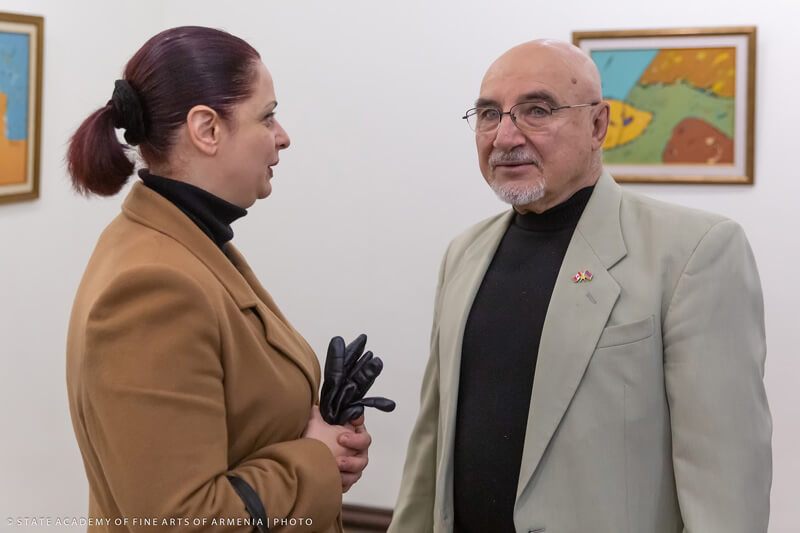 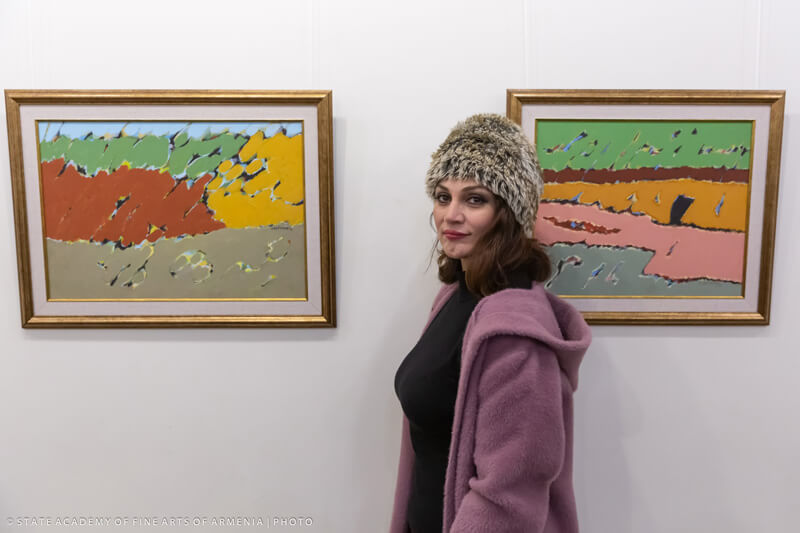 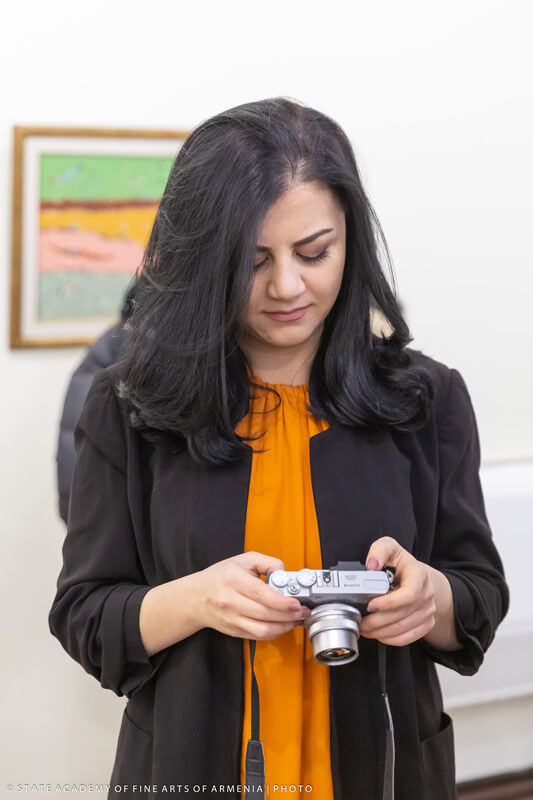 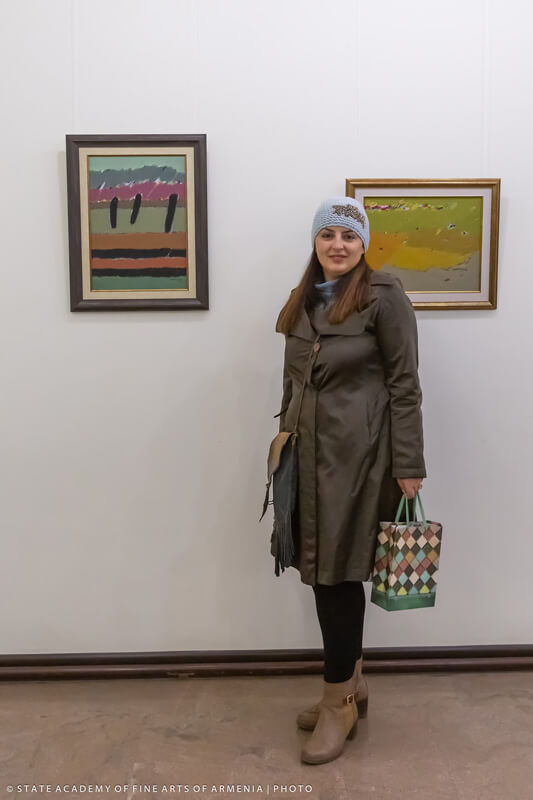 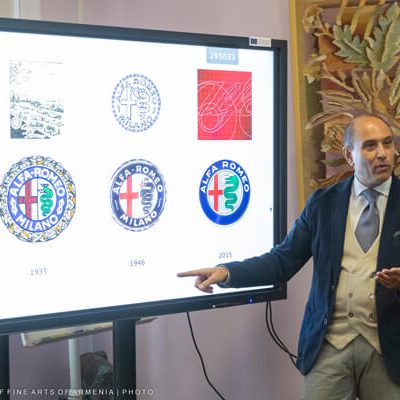 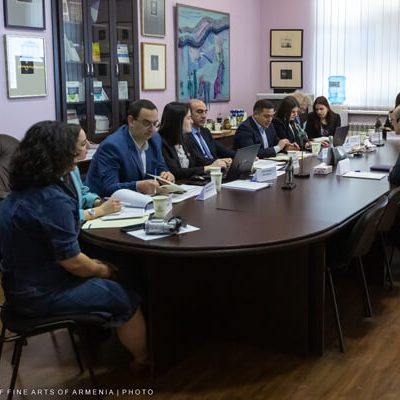 Institutional Accreditation has been Launched at SAFAA 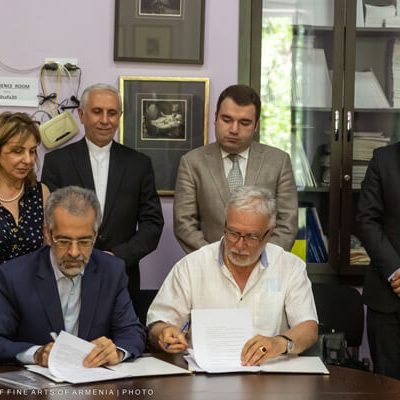 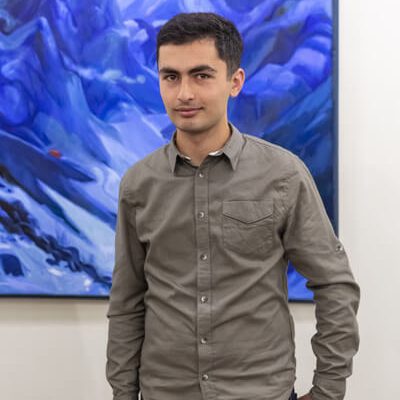