The first Armenian International Photo Fest launched in late August enlarged its dimension to “Albert and Tove Boyajian” gallery of State Academy of Fine Arts of Armenia. The idea and realisation of Photo Fest belonged to photographer Tatev Mnatsakanyan, a former student of SAFAA, who won her first international prize at a competition in an Italian city Torino, while a student. Her numerous participations in International exhibitions, as well as her experience in solo expositions in a range of European countries, further led her to design and implementation of such an idea. The first Armenian International Photo Fest provided quite a wide geographical dimension including artists who arrived from Japan, Italy, Switzerland, India, Iran, Georgia and Belarus.

“Albert and Tove Boyajian” gallery exhibits the works of Japanese photographers Shota Nagase, Jun Sato, as well as those of French-Armenian artist Davit Apikyan. The exhibition was attended by the Ambassador of Japan to Armenia, Mr. Jun Yamada. SAFAA has been cooperating with the Embassy of Japan in Armenia for years, and enough work has been done in promoting Japanese culture among the students. In this regard, the Rector of the Academy Aram Isabekyan spoke with the Ambassador about the events taken place under the Academy’s shelter; the masterclasses of Ikebana and Sumi-e painting, Japanese calligraphy, ritual of drinking tea. He also noted that was himself invited to the famous Soka University in Tokyo and was awarded with the title of Honorary Doctorate. The Ambassador was satisfied to mention about the participation of Japanese photographers in the Armenian Photo Fest, outlining the advantage of Armenian-Japanese joint presence in the exposition. There is an interesting prehistory behind the work of Davit Apikyan; Armenian artist living in France who has been involved in painting, graphics and animation since 1984. His work named “City BWR J-N” is dedicated to an Italian artist Matteo Rossellini, and inspired by two portraits “Christ and Mary Magdalene” and “San Francesco and Santa Chiara”. These works are kept in the archbishop museum of the Italian city San Gimignano.

Davit Apikyan’s animations are completely different; the subconscious motion of a human in a dream, the journey of human soul, eternal rotation through the dots of light.

The curator of the exhibition Tatev Mnatsakanyan, extended her gratitude to the participants, Aram Isabekyan for his constant willingness and readiness to support young generation, the festival and art in general and the Embassy of Japan for cooperation. She also spoke about another exposition of Italian, French and Georgian photographers held at “Eduard Isabekyan” gallery a couple of days earlier that showcased unique archive photos of the master. 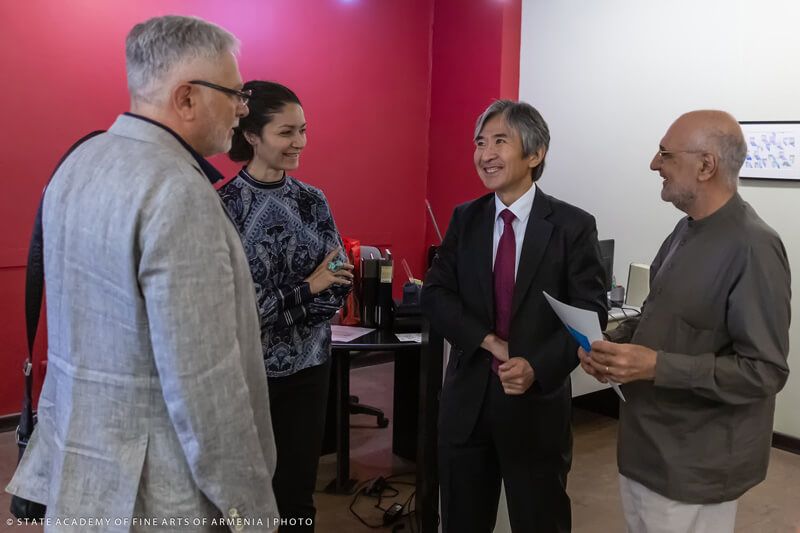 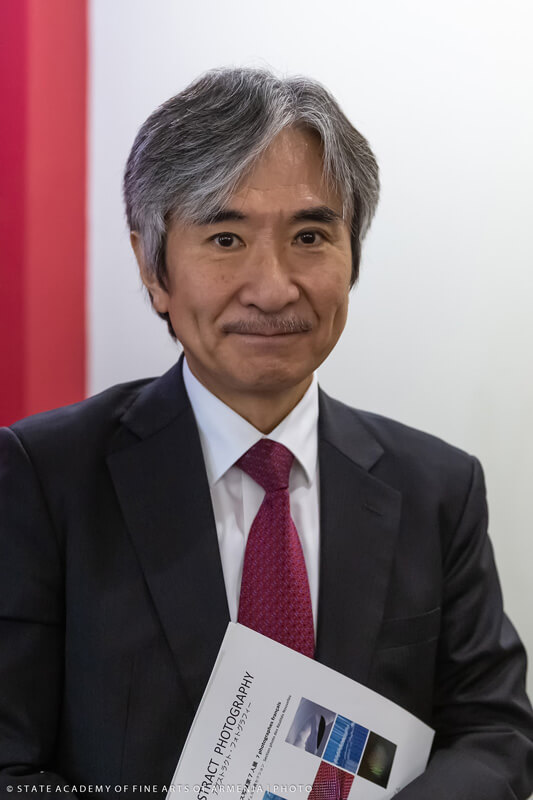 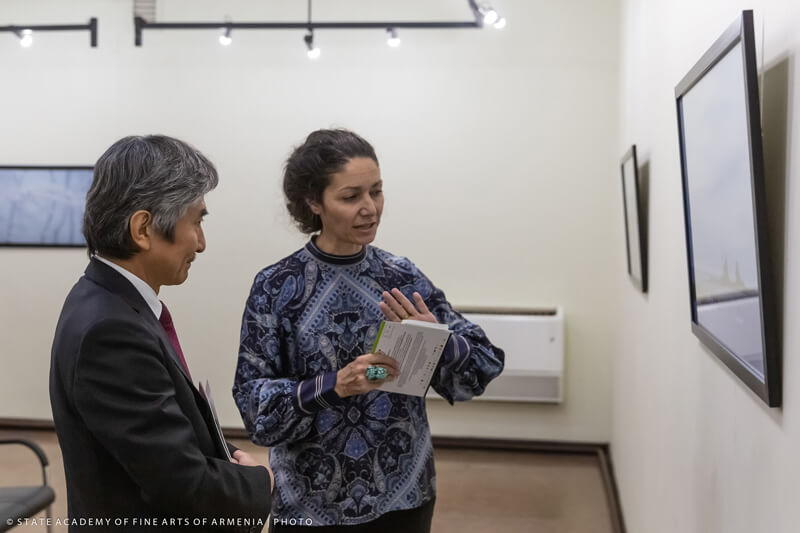 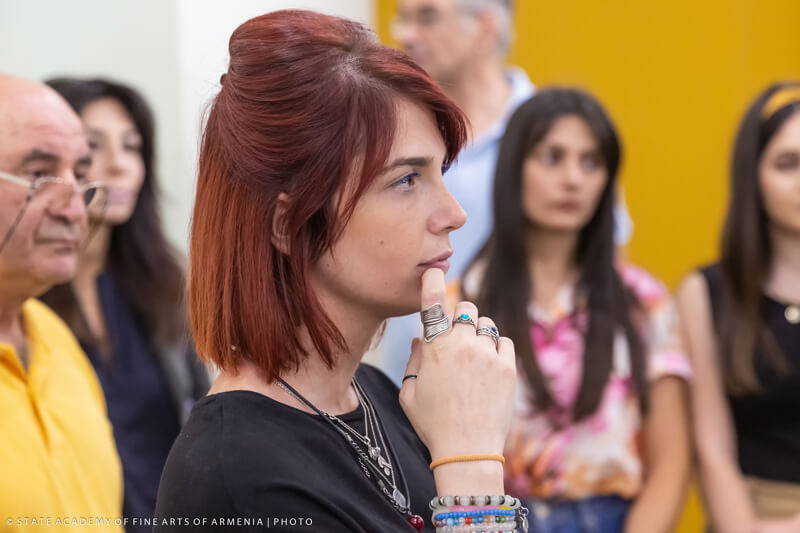 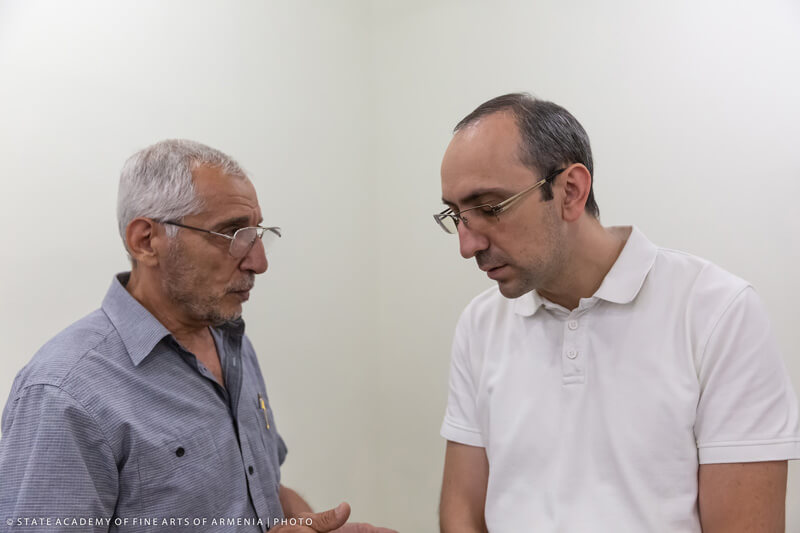 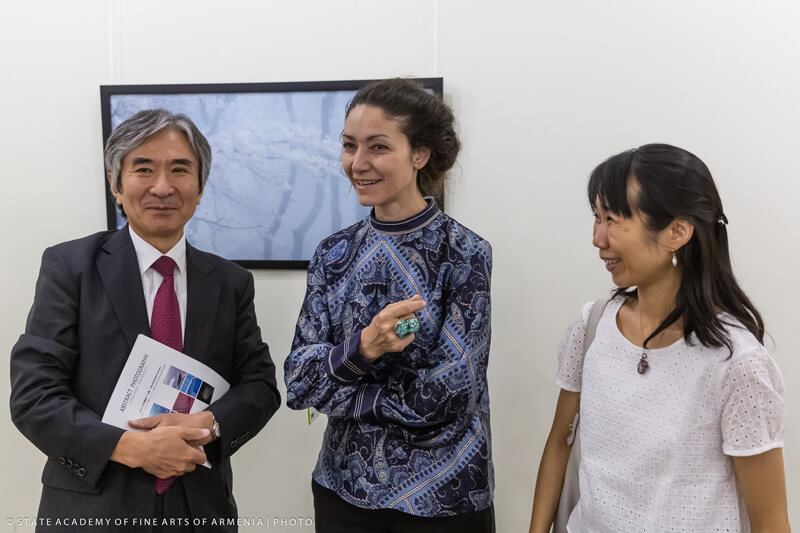 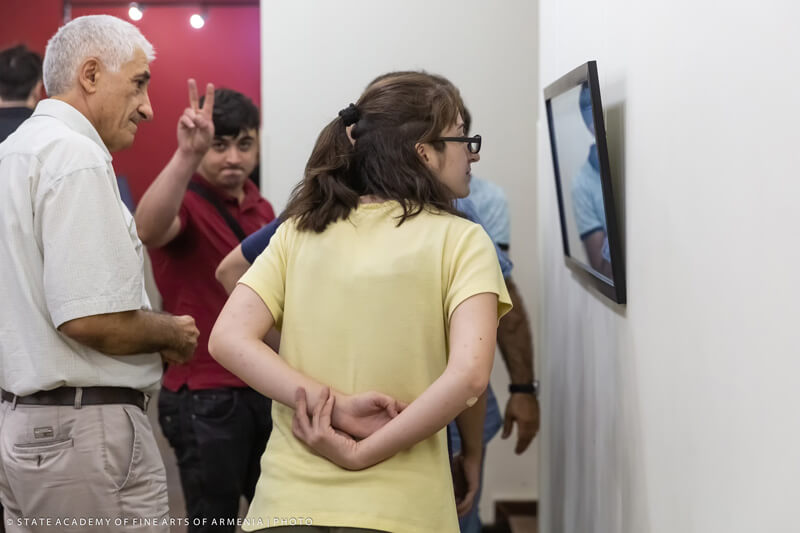 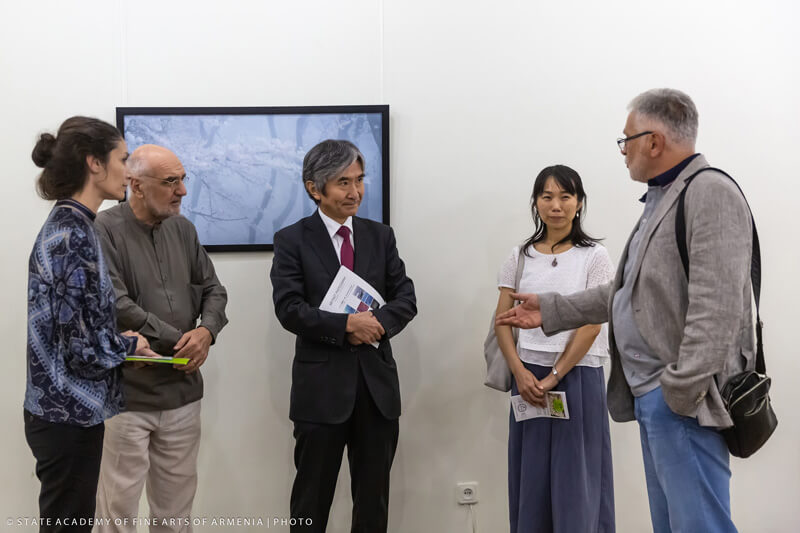 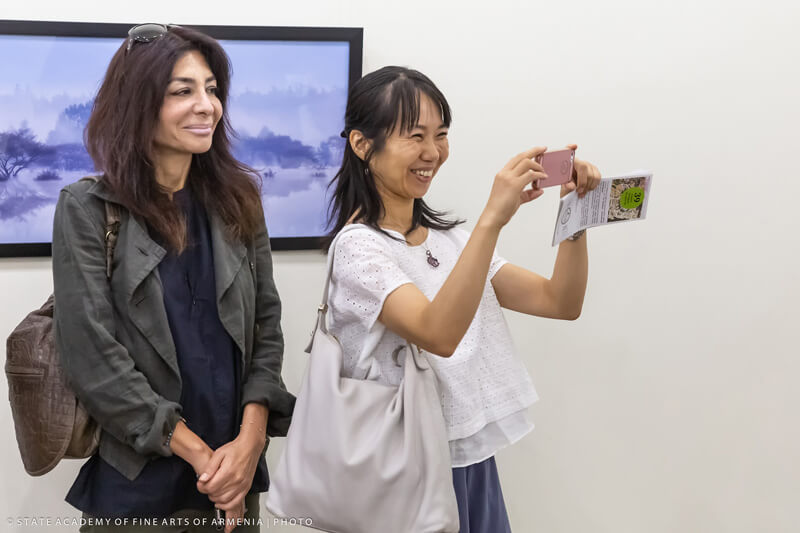 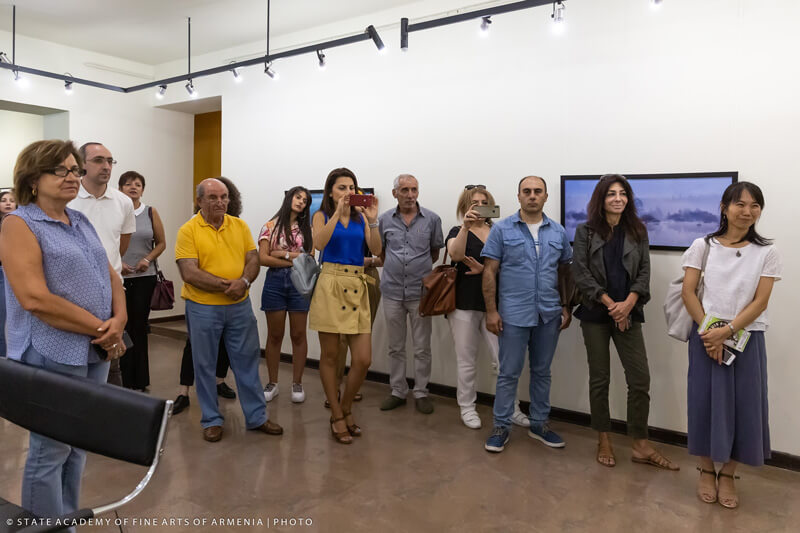 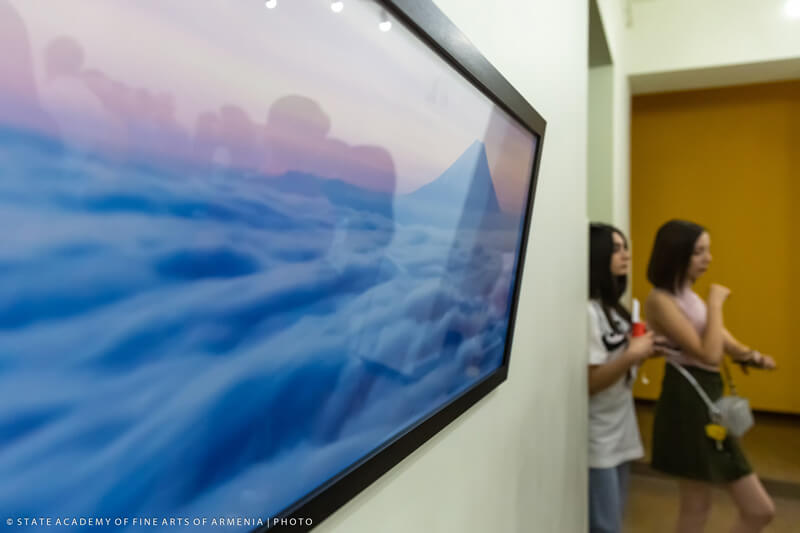 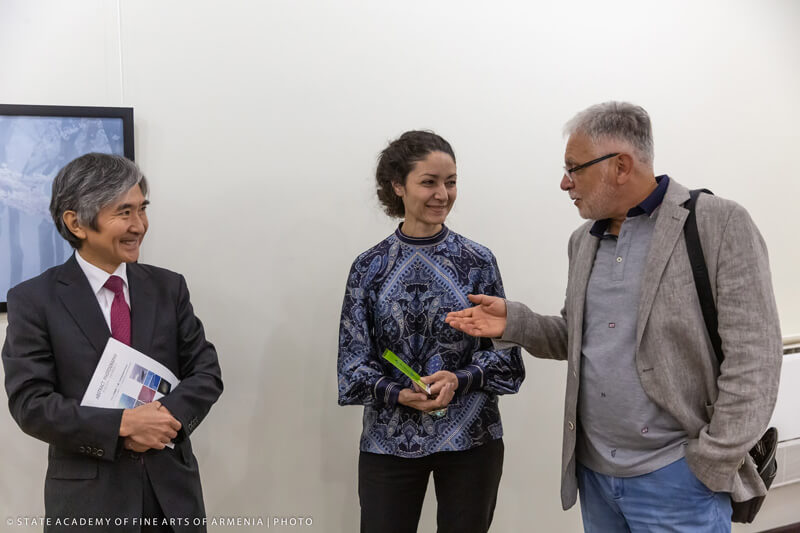 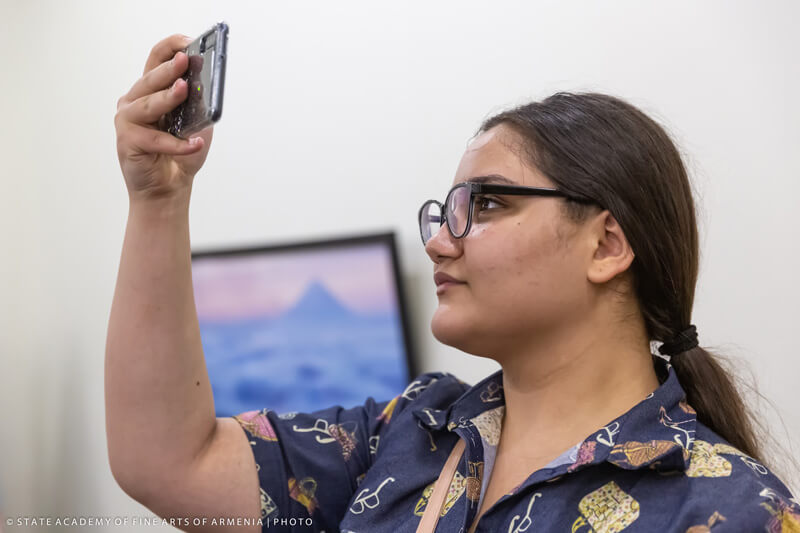