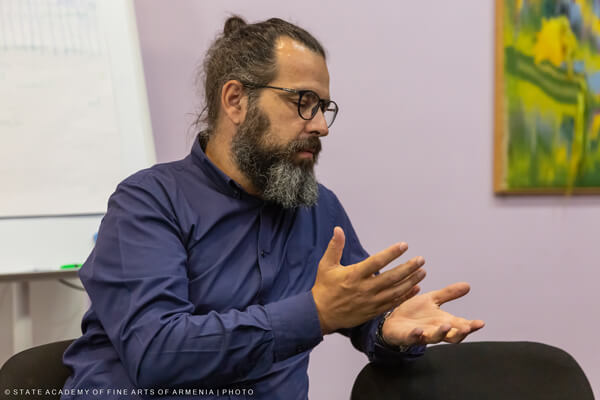 Two students from SAFAA, one from Fine Arts faculty, the other one from Design and Decorative Applied Arts faculty and one lecturer from Art Studies chair have visited the University of Art and Design in Cluj-Napoca, Romania in 2019 and 2020 and respectively got acquainted with the university and teaching methods. The gradual decrease of pandemic numbers allowed the International office of SAFAA to acquire mutual visit actualization. It’s already a week that Professor Vlad Toca from the University of Art and Design in Cluj-Napoca has visited SAFAA to conduct lectures. He delivered two lectures at SAFAA on the themes “An overview of Romanian and/or Transylvanian art, with a focus on the 19th and 20th centuries”, “Avant-garde art in Romania between the two world wars”, “Art in Romania from the 1960’s to 1989” and “Art in Romania after 1989; The case of the “School of Cluj”.

His visit as stated by Mary Patvakanyan, head of International Relations, was also a study visit to get acquainted with the history of our Academy, its structure, teaching methods in order to present them further at Cluj Academy for local students to get motivated to visit Armenia; It’s not a secret thatthey prefer mainly European countries for study purposes. The impression he managed to get through those few days from our country, our culture and architecture were very positive. In the first part of his lectures, Mr. Toca presented Cluj-Napoca- a small city known from 12the century in the historic Transylvanian province of Romania. This small town however played an essential role in art sphere. He presented in details different museums and galleries of the city that showed not only traditional but modern art works as well. It all started in 2000’s by an entrepreneur who purchased a brush producing factory, further making it a space to be rented by artists who transformed it into an attractive place for exhibition-halls and studios. Thus a former provincial city raised huge interest due to various art events. Small commercial galleries aimed to find and reveal new artists and make them known to the public. The slides displayed simultaneously on screen gave a more vivid impression of what was being introduced. Among various exhibition halls Mr. Toca outlined also the one with Armenian origin.

Cluj-Napoca is full of life due to art. Different expositions, student projects, exhibitions and competitions are being held. All of this greatly contributes to the establishment of art school in the city. The school consists of several buildings. The audience was shown the buildings where administration was located, Art pedagogy and Painting, Graphics, Sculpture, Potter’s Art, Fashion Design, Glass Design, Restoration and Conservation, Art Studies; the latter is a Baroque-style historic building situated in the center of the city where Mr. Toca works. The international recognition of several graduates of the school in the auction houses of Sotheby and Christie played a major role in thepopularity of the school; the one of their works was sold for 9 million dollars. This was, of course, phenomenon not only in Cluj-Napoca’s art life but also in public life; numerous reviews in media made these names known to the public that respectively raised the recognition of the school bringing huge interest, providing student inflow who were striving to follow their path of commercial success.

The second part of the lecture was dedicated to the general nature, directions and technical mode of famous artists’ works. Parallels were drawn between the differences and changes in the artistic thinking of elder and first generations of artists of the period of the collapse of Communism, the new realities of life, their influences ontheir worldviews, impressions and manifestations in their creations. The opportunity for those artists to travel to the West and Europe couldn’t but have their impact on their works; the interconnectedness of traditional art and modernity began to become much more dominant, local Romanian traditional art was enriched with new elements, elements of modern art and then postmodernism were imported to the works of a number of artists, pushing aside traditional approaches. “They began to speak in a language that is understood by the West.”

The lecture conducted the other day was the continuation of introducing the main problems existing in art and painting and the changes taking place in the modern art sphere. 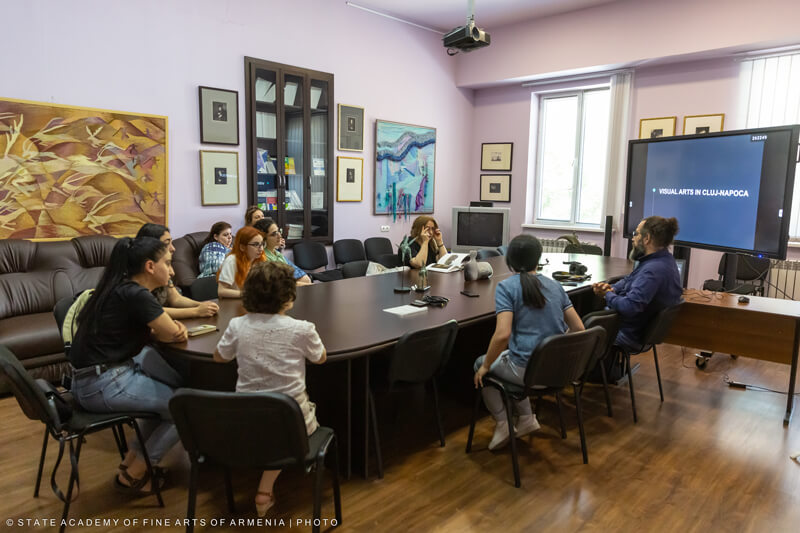 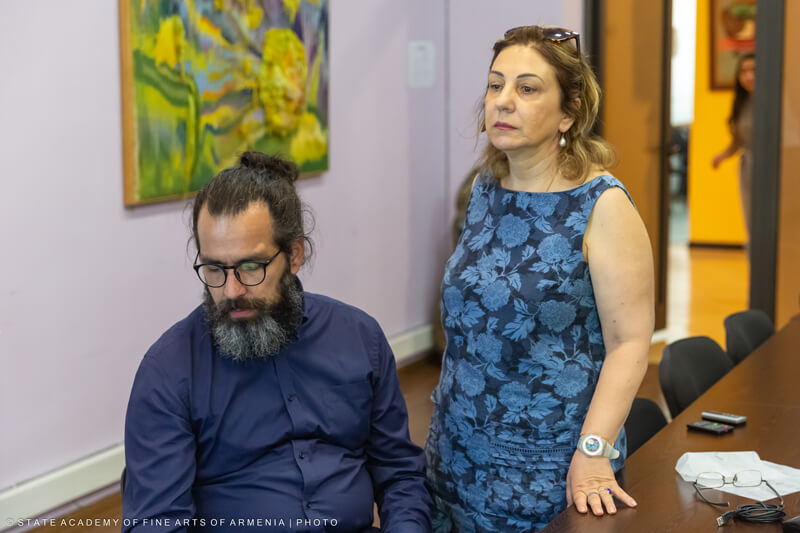 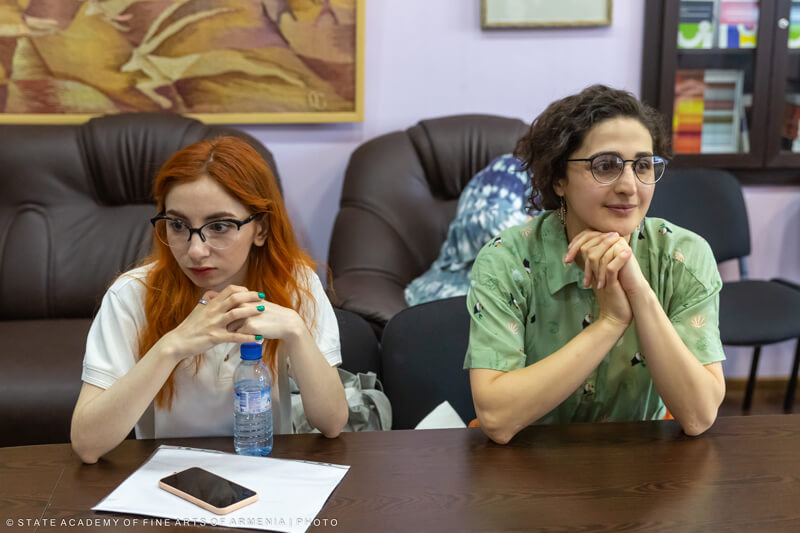 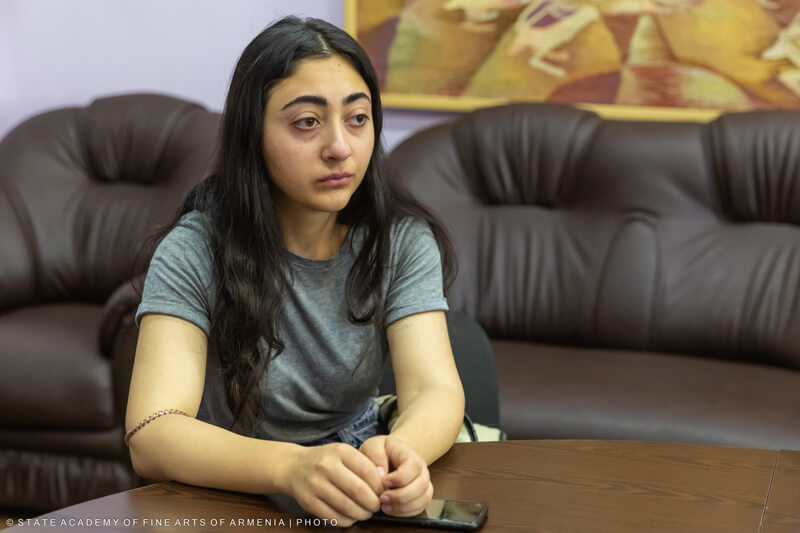 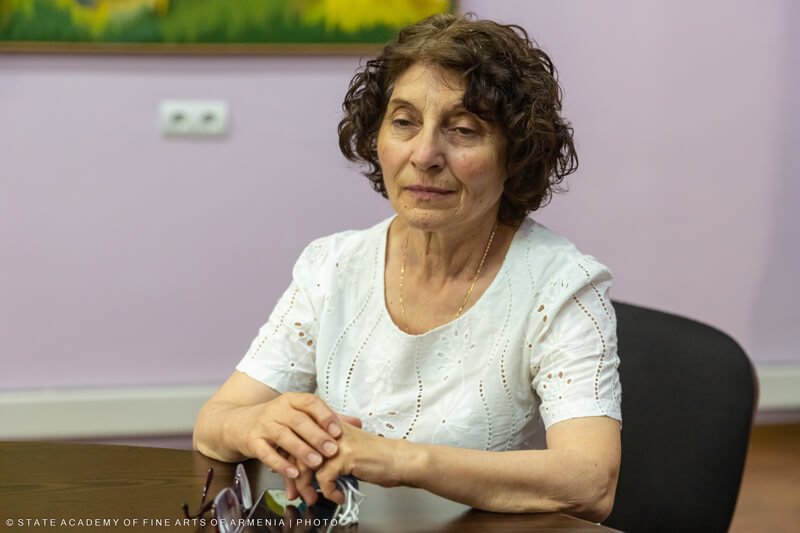 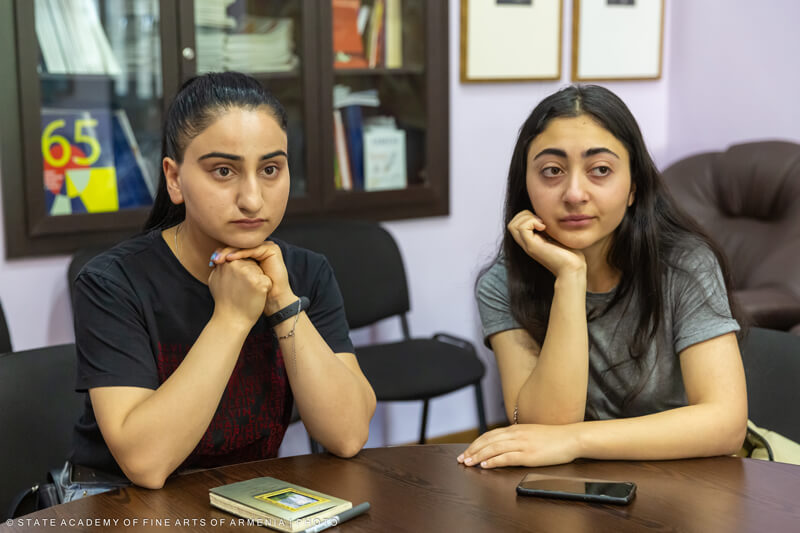 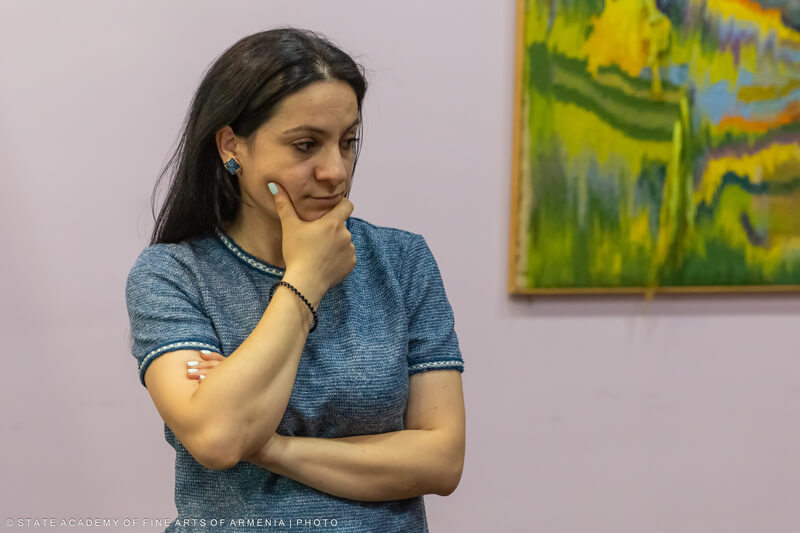 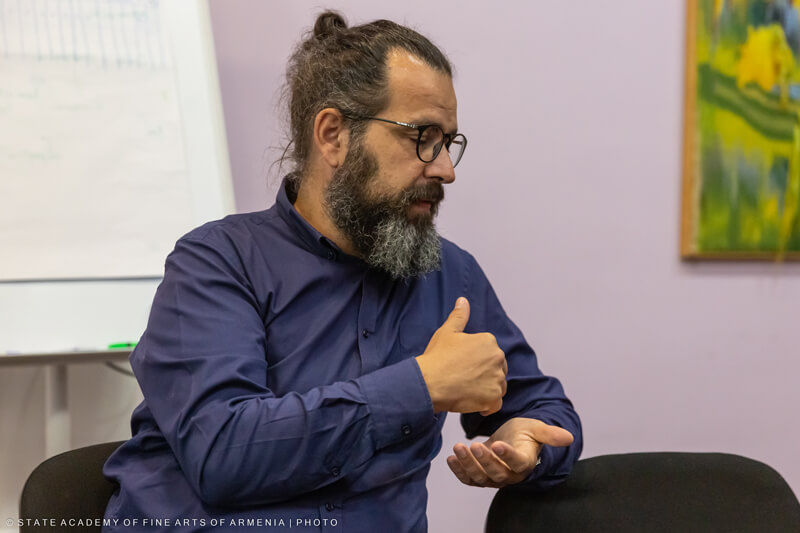 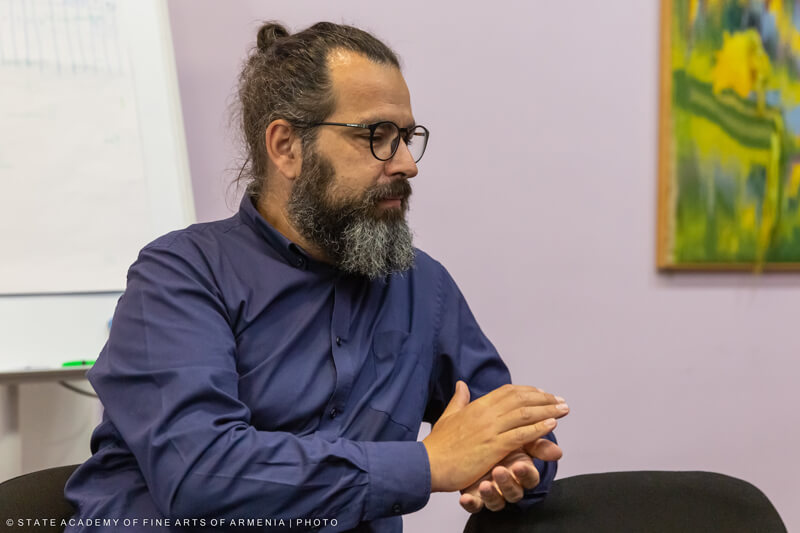 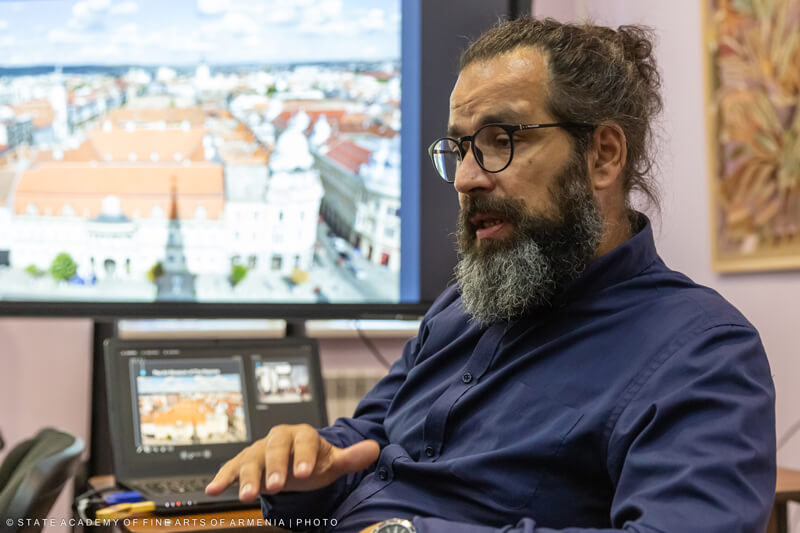 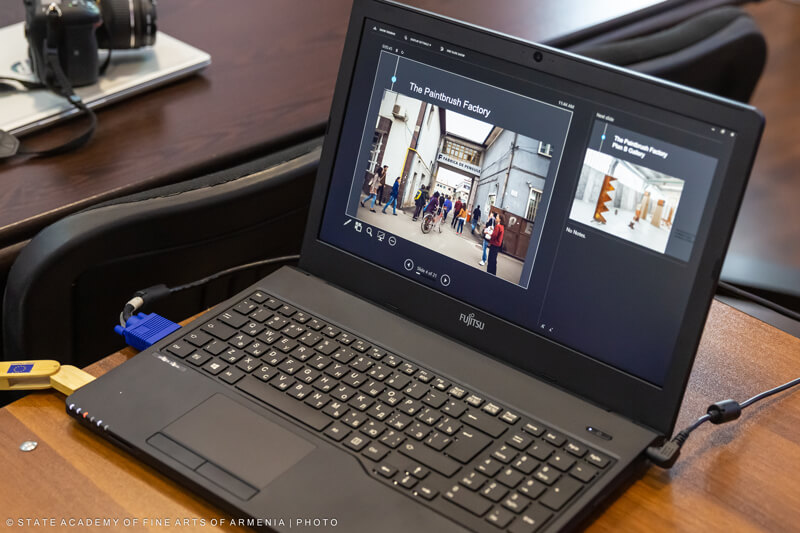 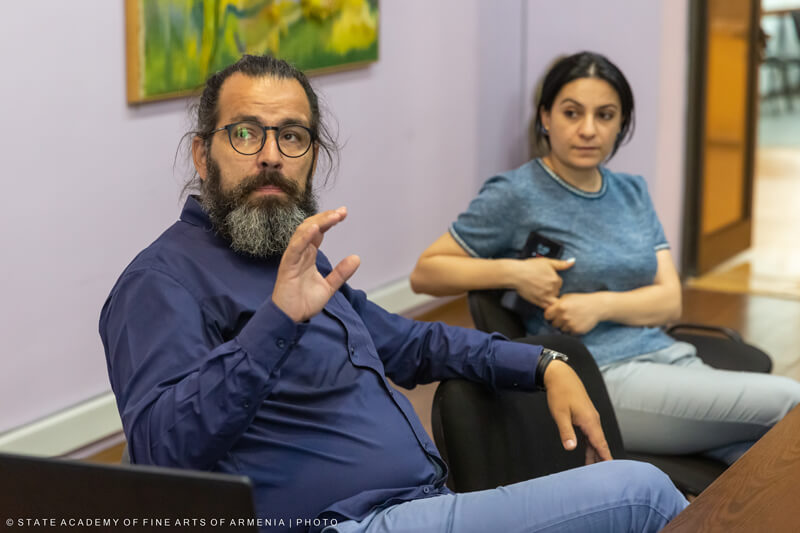 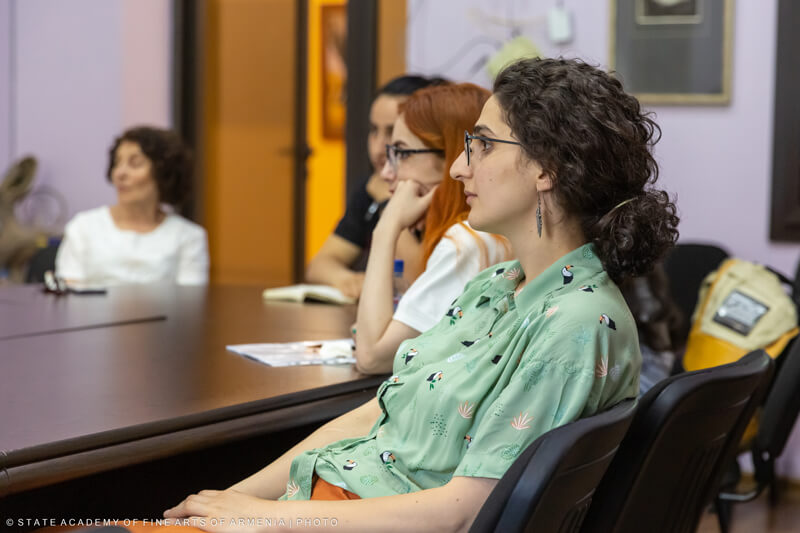 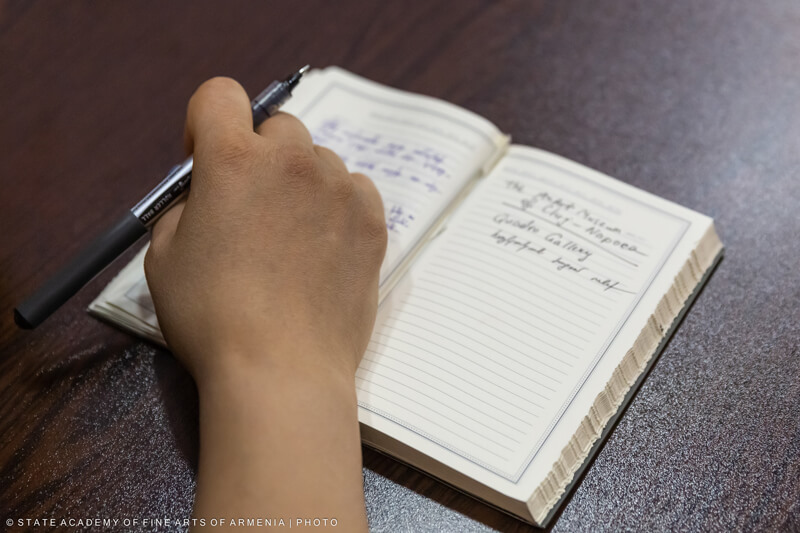 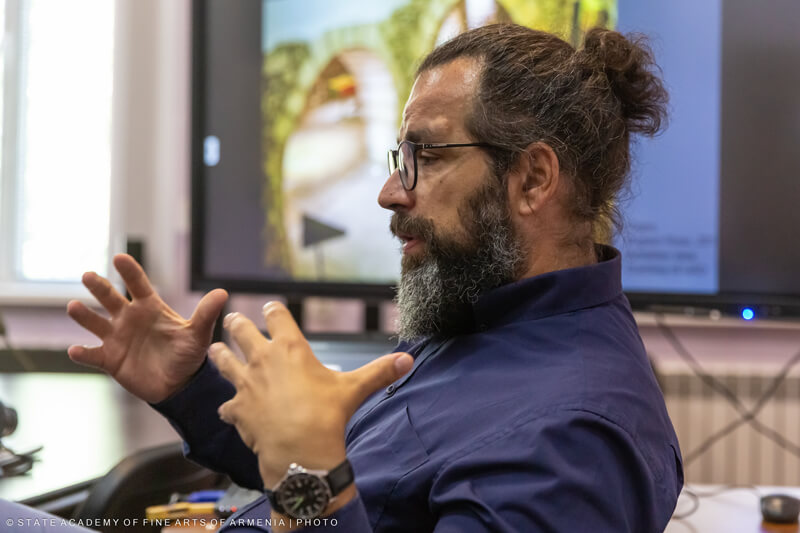 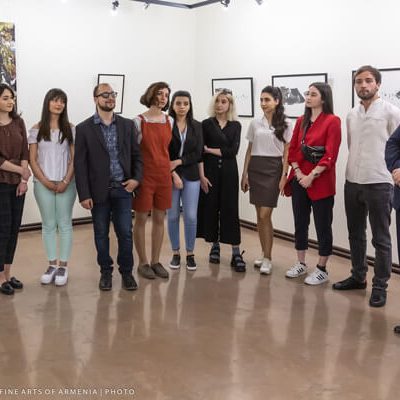