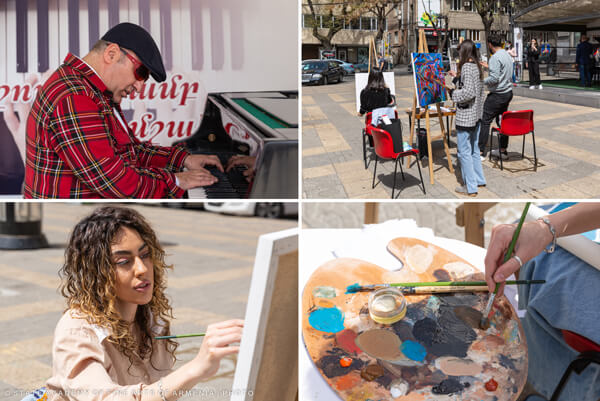 Re-equipment in Culture and Everywhere

“105 Royal” Mega Project- initiative launched by the “Chime of the Century” Charity Foundation 2 years ago was postponed due to pandemics and the war. The Director of the foundation Arthur Hovhannisyan told that he had turned to a well-known piano making German firm suggesting a cooperation which agreed on applying 105 musical instruments.

2020 was extremely unfavorable and unfortunate for all Armenians. April of the following year was the first since 70s of the previous century that left the road to Tsitsernakaberd memorial empty. It was epidemics… the project of the “Chime of the Century” Charity Foundation remained unfulfilled: it was planned to place 105 grand pianos near the Armenian Genocide museum, along both sides of the pathway leading to the eternal fire; after the church ceremony, the hill of Tsitsernakaberd was to be filled with Komitas melody.

It was planned to hold symphonic orchestra concerts accompanied by 105 musicians conducted by Eduard Topchyan, Konstantin Orbelyan and Sergey Smbatyan.

After the concert the grand pianos were to be donated to Armenian and Artsakh music schools. The above-mentioned project that remained unfulfilled was reshaped and aligned to new reality, announcing 2021 as the year of equipping culture.

The first day of spring was marked by opening a cultural pavilion in Charles Aznavour square with the blessing of Bishop Nathan, with the participation of Robert Mlkeyan choir and other famous people. The action is charitable. It’s already a month the pupils from different musical schools of Yereavn and Armenia have been performing in this square. More than 600 children have already had the opportunity to express themselves at the open-air concerts and the money raised will be used for the project “105 royal”.

Yesterday it was sunny at Aznavour square and the students of painting department of SAFAA put their easels there. By the suggestion of the President of Artists’ Union and selection of the President of Student council, 5 students participated to the supporting event of the project “105 royal”. For several hours they were painting under jazz accompanying of Vahagn Hayrapetyan; undoubtedly music changed the atmosphere probably influencing the painting mood as well.

The President of Artists Union of Armenia, Suren Safaryan said those 5 works would be put for auction, the money gained would be donated to the project “105 royal” , the participants would be awarded with certificates of thanks by the Artists Union and “Chime of the Century” foundation.

“We hope by this contribution we will raise other organizations as well to join and support the project. After all 105 grand pianos will be given to the music schools of Armenia and Artshakh.” 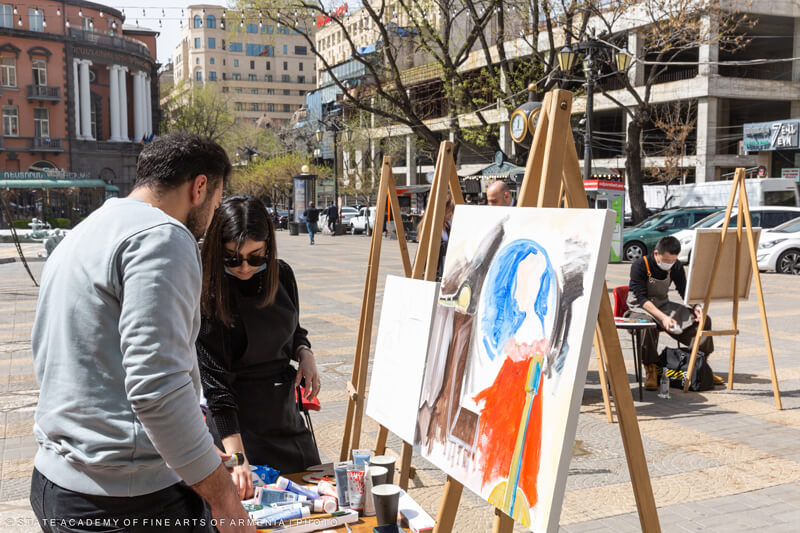 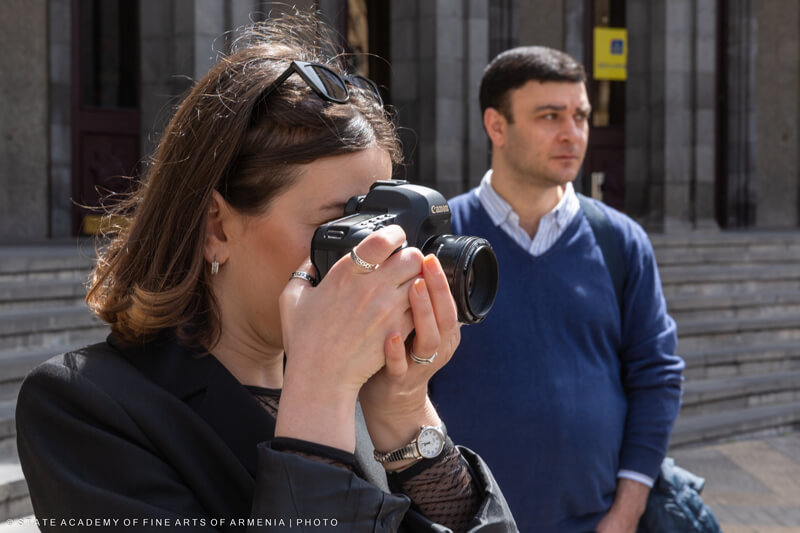 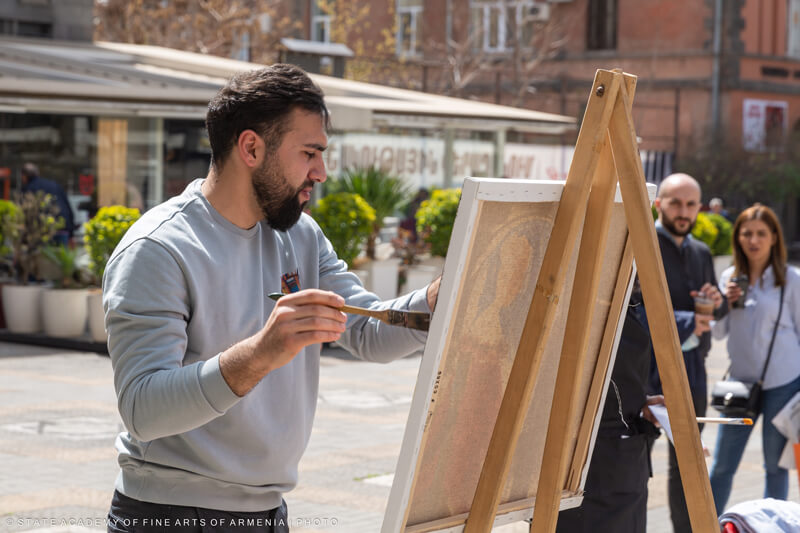 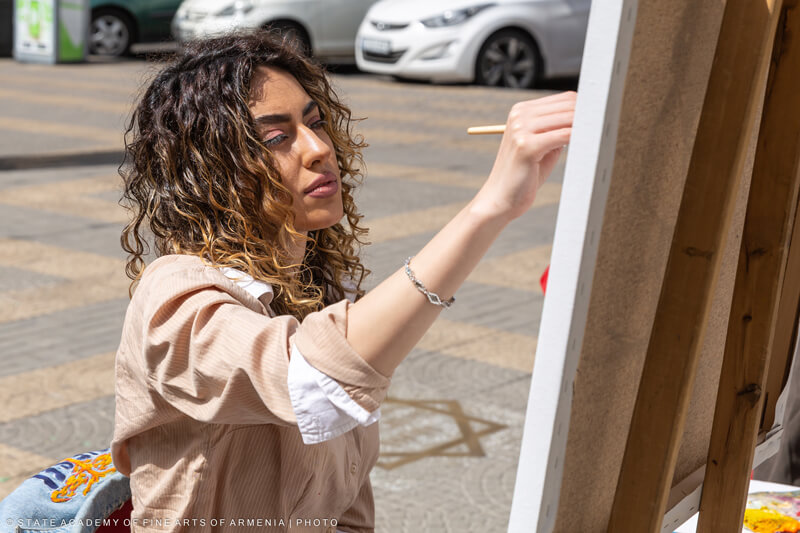 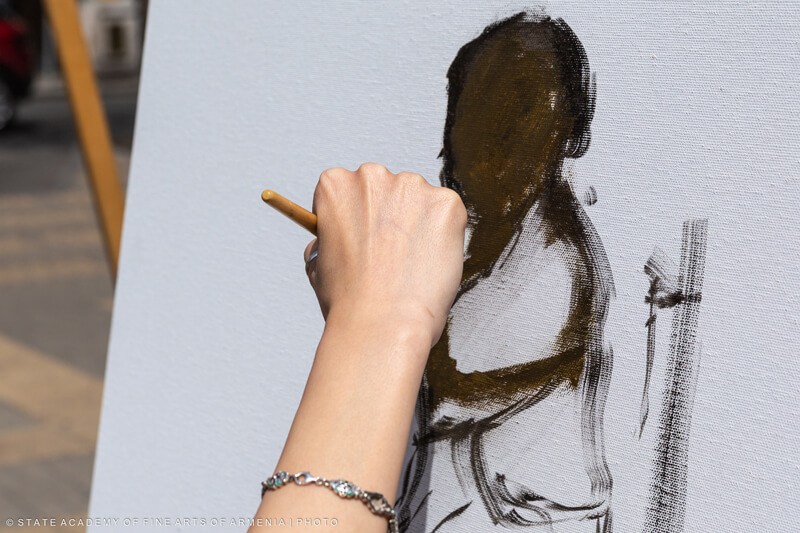 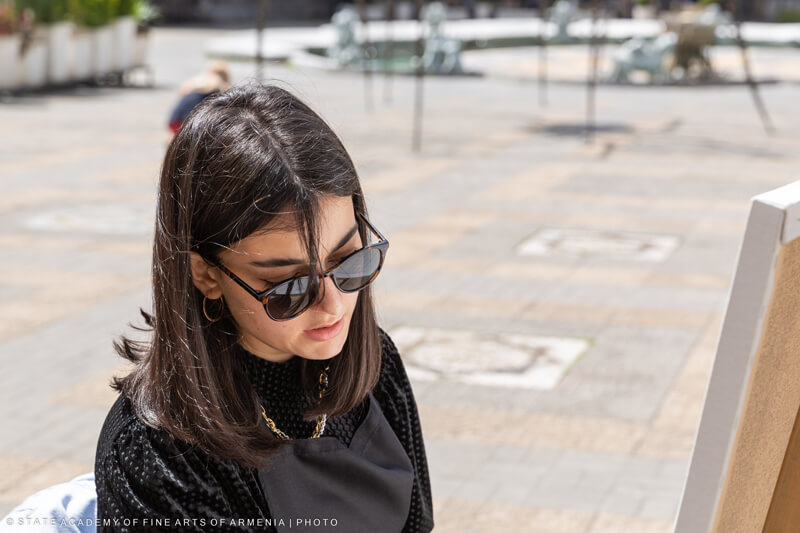 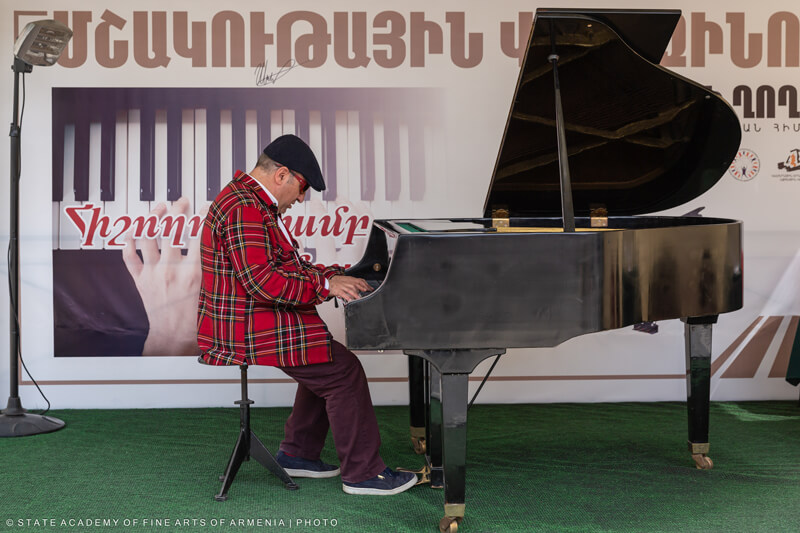 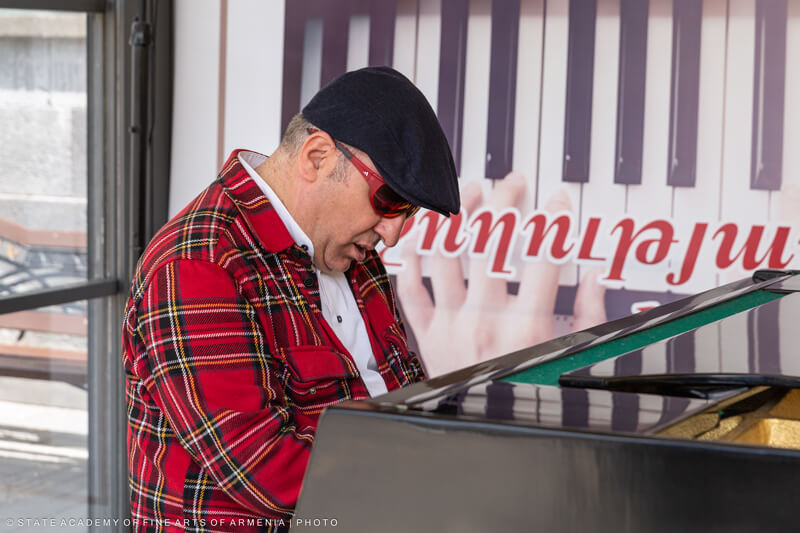 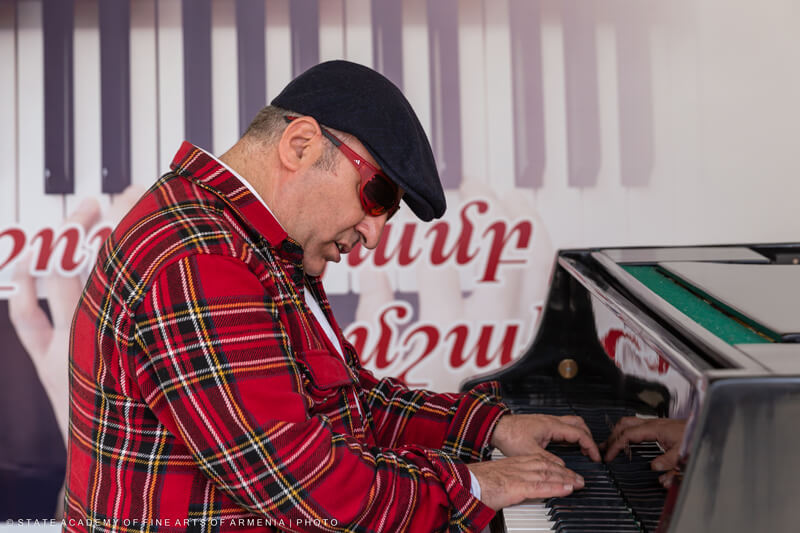 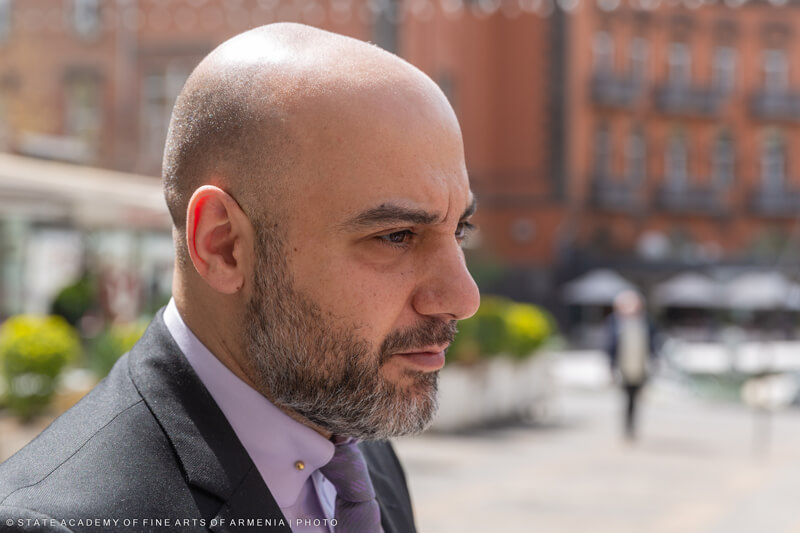 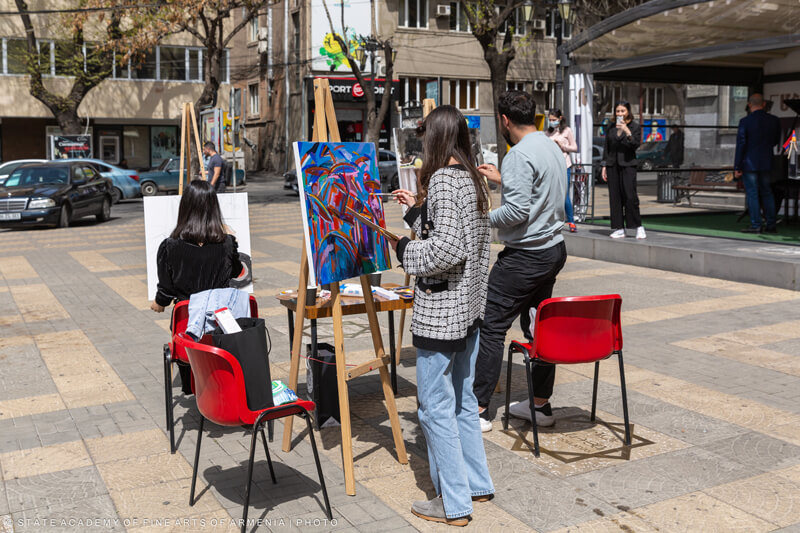 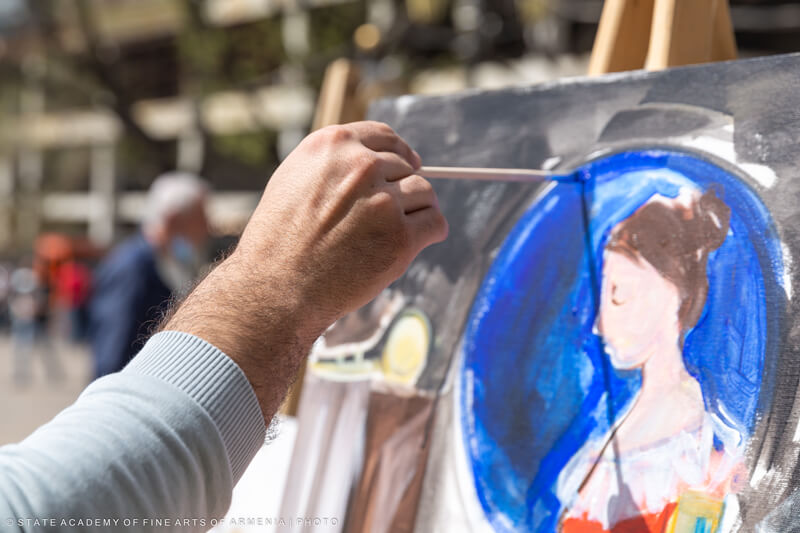 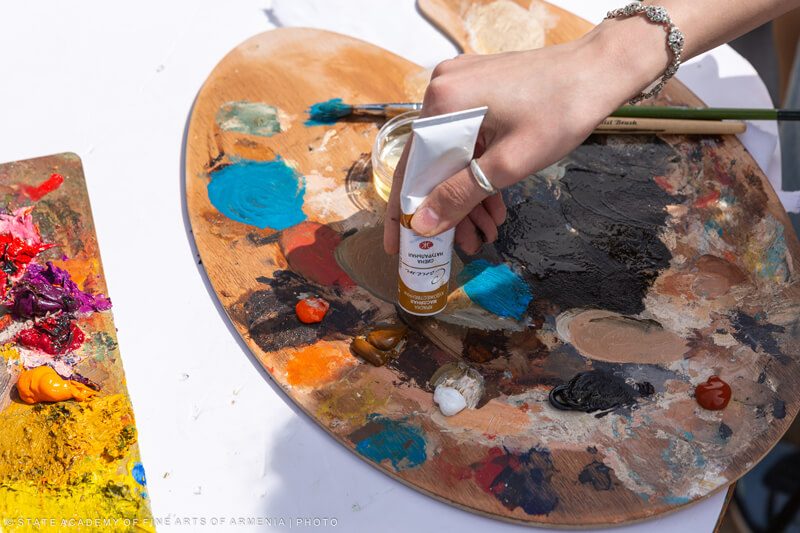 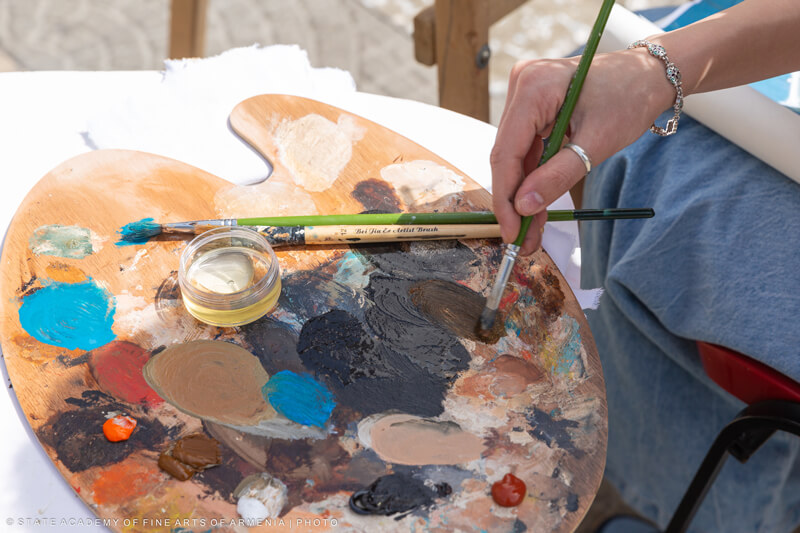 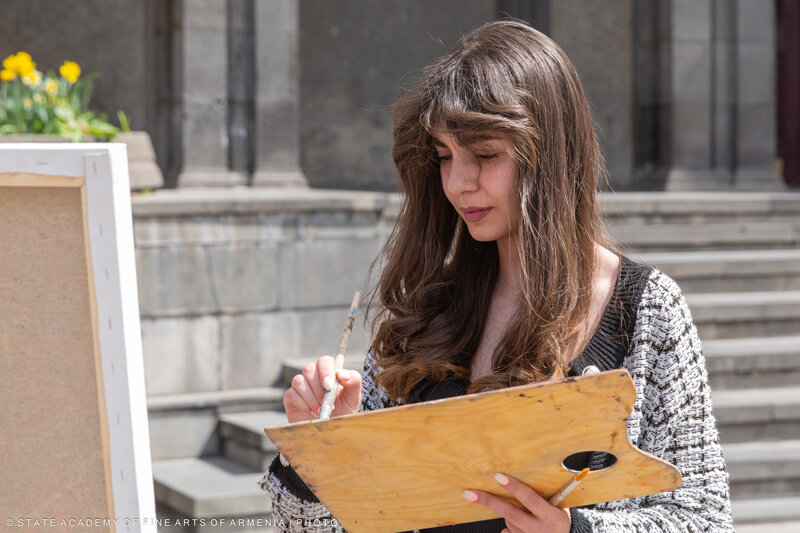 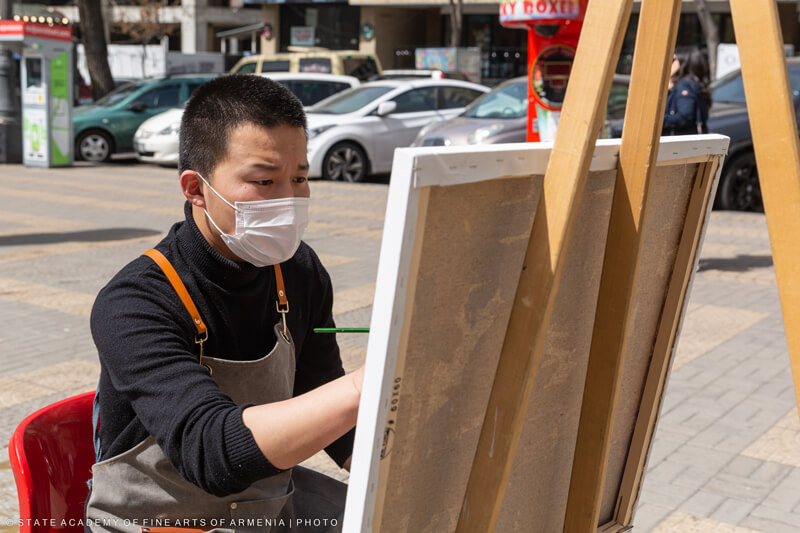 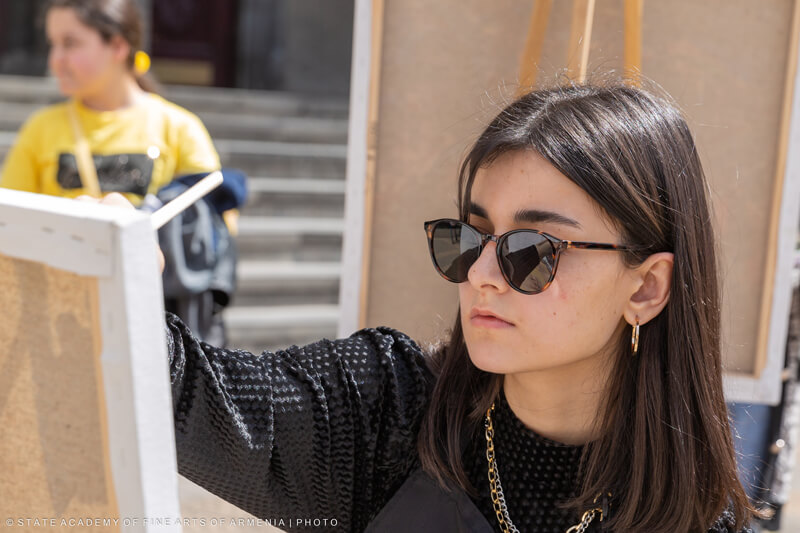 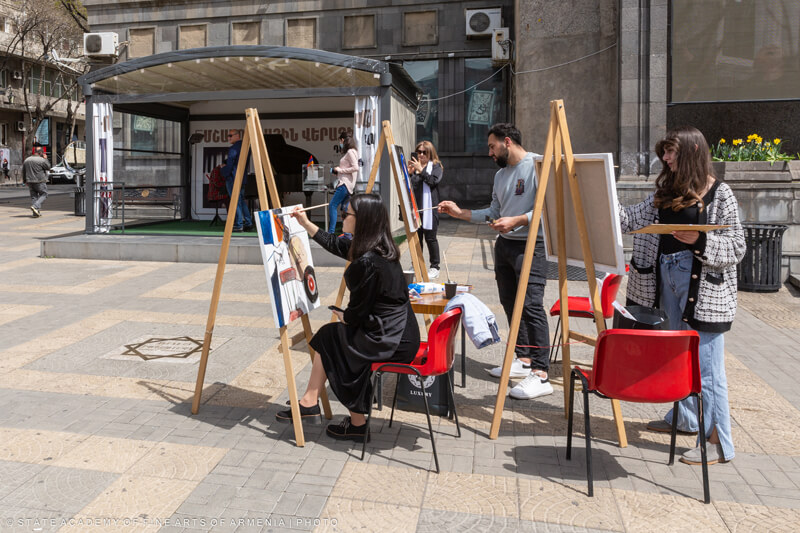 Revised BA programme of Computer Graphics was presented to employers 1st of September – a different one