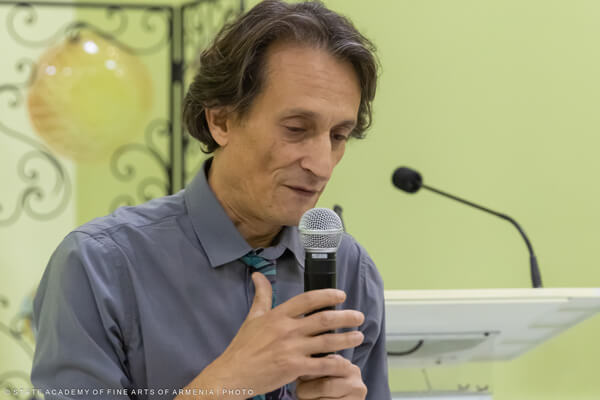 September 14th is marked as the 700th anniversary of Dante Alighieri’s death; the greatest Italian thinker, poet and philosopher of the Italian Renaissance era. During his lifetime, in late medieval era, the language of poetry and literature was Italian that was available to limited layers of society, the educated and wealthy class. His most famous literary work “Divine Comedy” is one of the masterpieces of world literature.

A few days ago art-critic, Professor at SAFAA Leonardo Filasto conducted lecture on the theme “Tracciati della Divina Commedia. Gli artisti e l’immaginario dantesco” dedicated to the 700th anniversary of Dante Alighieri’s death. The event was organized by Yerevan committee of Dante Alighieri, Embassy of Italy in the Republic of Armenia on the initiative of International Relations department of SAFAA and with participation of several HEIs of Armenia. It was organized within the frames of annual traditional event “Week of Italian Language in the World” directed to the maintenance of Italian language, its development and dissemination through the world. With this regard, the Italian Government has carried out a lot of work through its Embassies all over the world cooperating mainly with HEIs and financing the courses of Italian language. It’s already several years that SAFAA has actualized teaching of Italian language (optional courses) that is taught by Anahit Mkryan.

It’s already 5 years, the event has been organized at SAFAA; it is organized by International Relations department jointly with lecturer of Italian language Anahit Mkryan and the Embassy of Italy in the Republic of Armenia. Among the guests there were the Vice head of Mission of Italy to Armenia Mr. Giovanni Nicola Dionisi and EUNIC Armenia PresidentLusineKaramyan. At the end of the seminar Leonardo Filasto donated to the library of SAFAA an illustrated book describing Dante’s life and activities “Dante. La Visione dell’ Arte”.

P.S. It’s already 10 years SAFAA has been cooperating with Italian institutions. Bilateral agreements are functioning with Accademia di Belle Arti di Firenze (4 outgoing students from SAFAA to the mentioned institution), Università per Stranieri di Perugia (6 outgoing, 3 of them in the upcoming academic year). One of the graduates has received full scholarship to study BA programme at the above-mentioned institution. Within Erasmus+ agreement obtained between the University of Bologna and SAFAA one of SAFAA students was given scholarship to study in the University of Bologna for one semester and a lecturer to conduct lectures for one week again funded by the project. 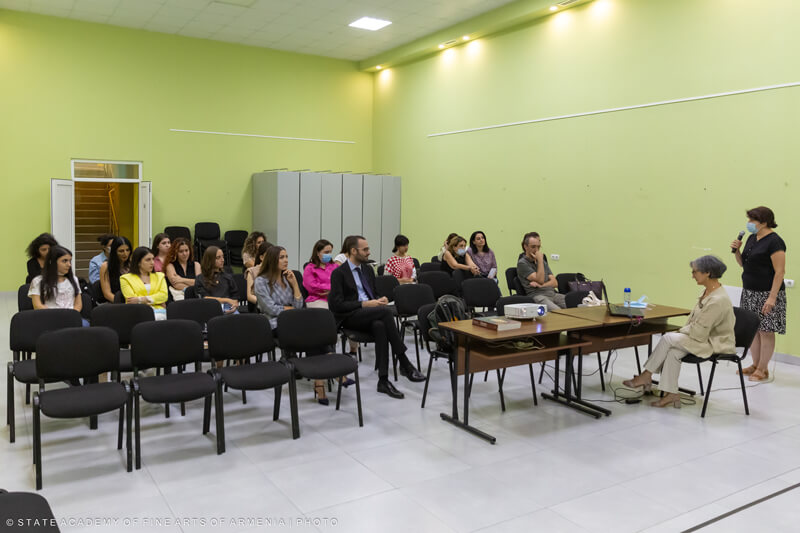 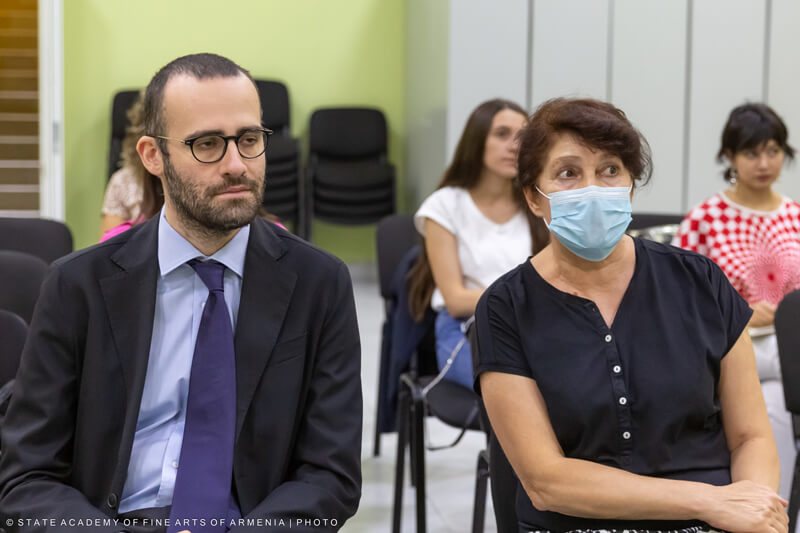 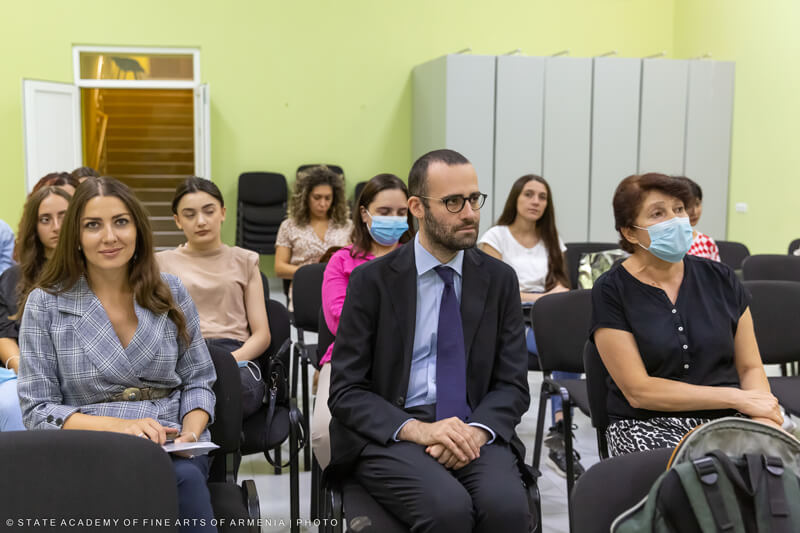 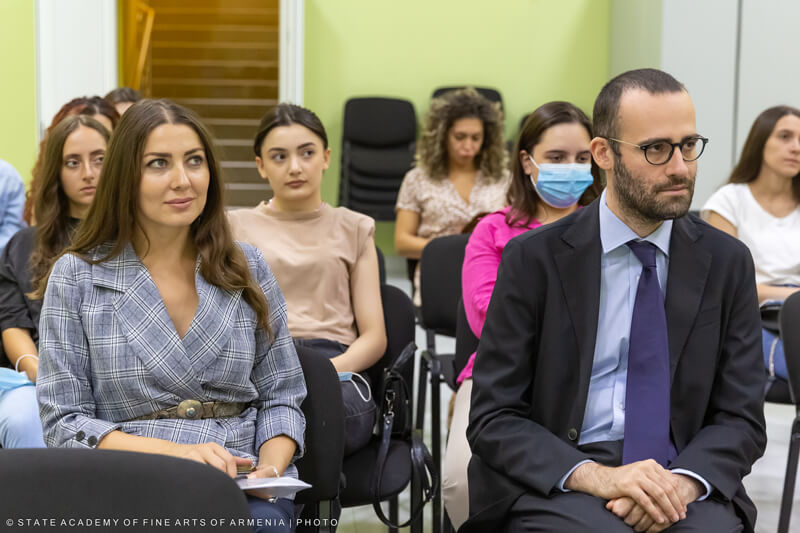 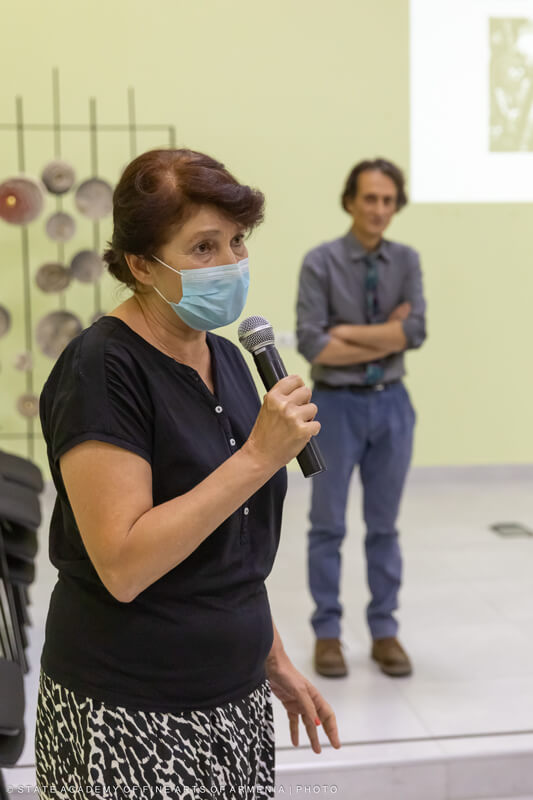 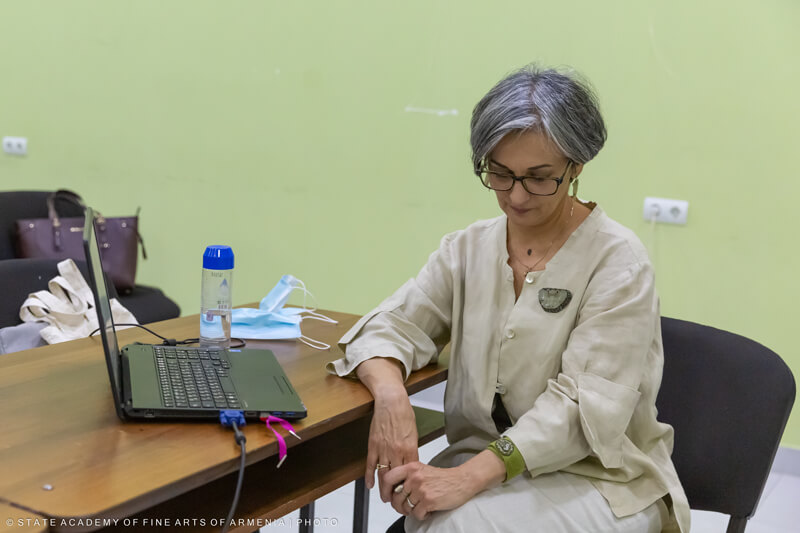 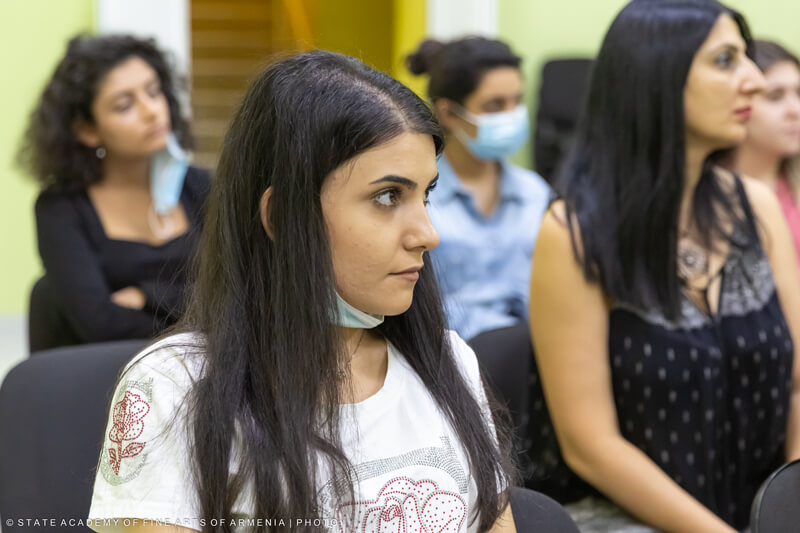 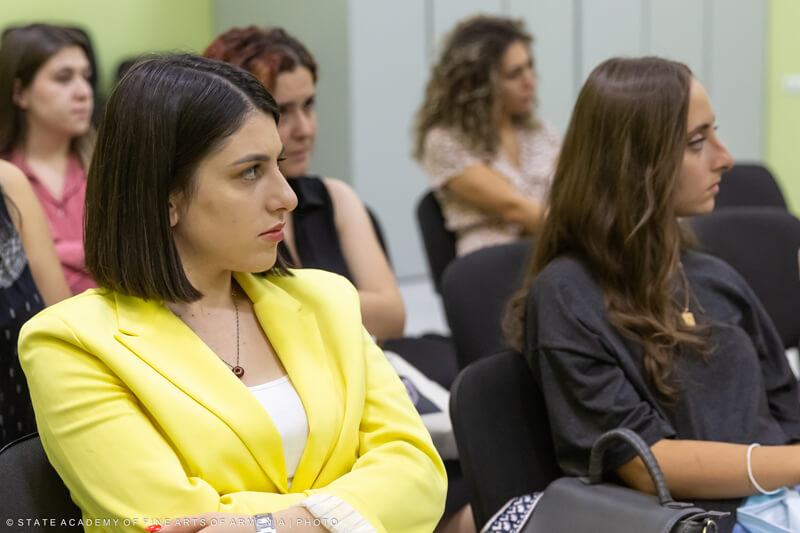 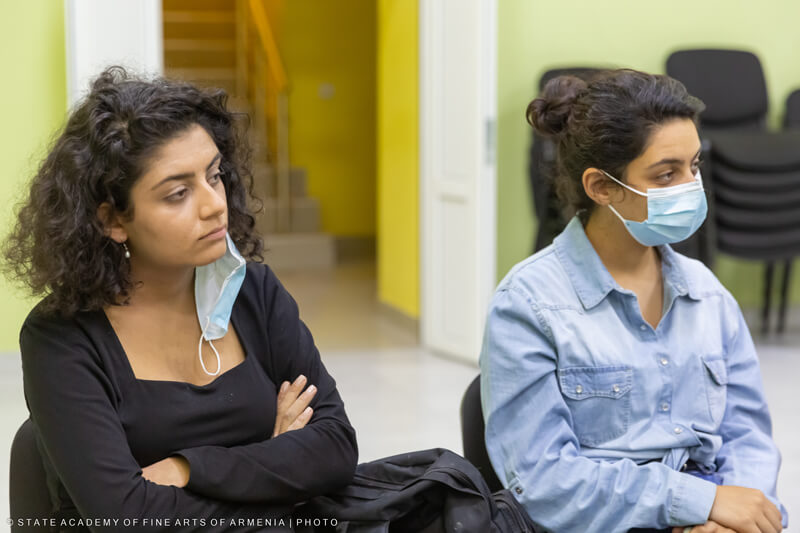 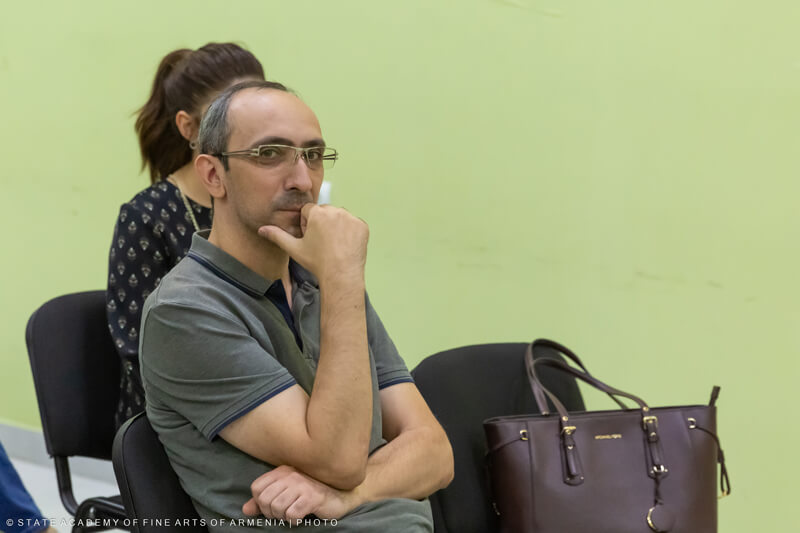 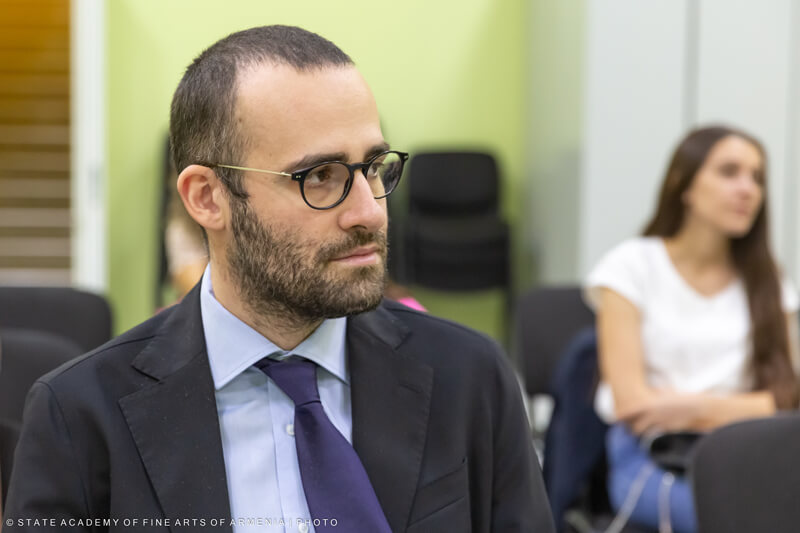 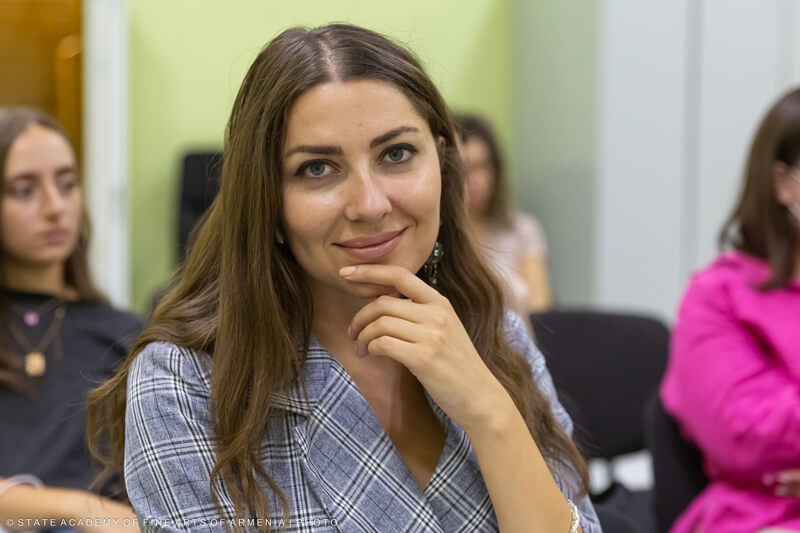 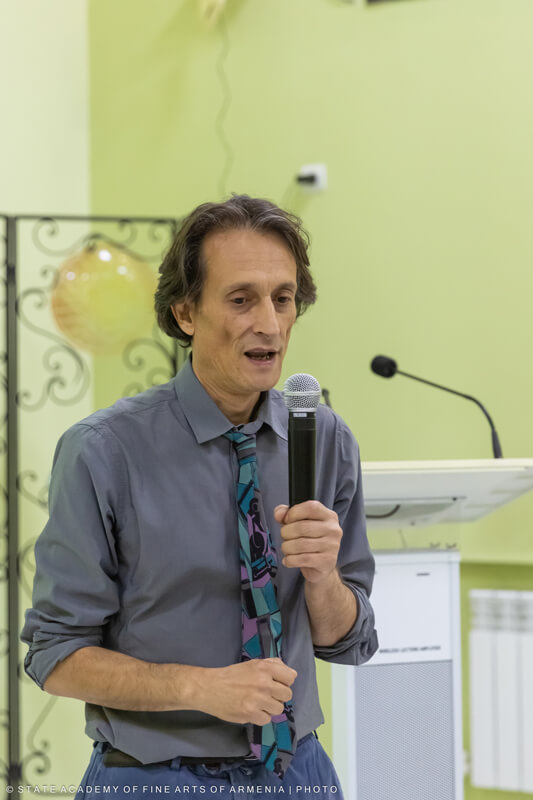 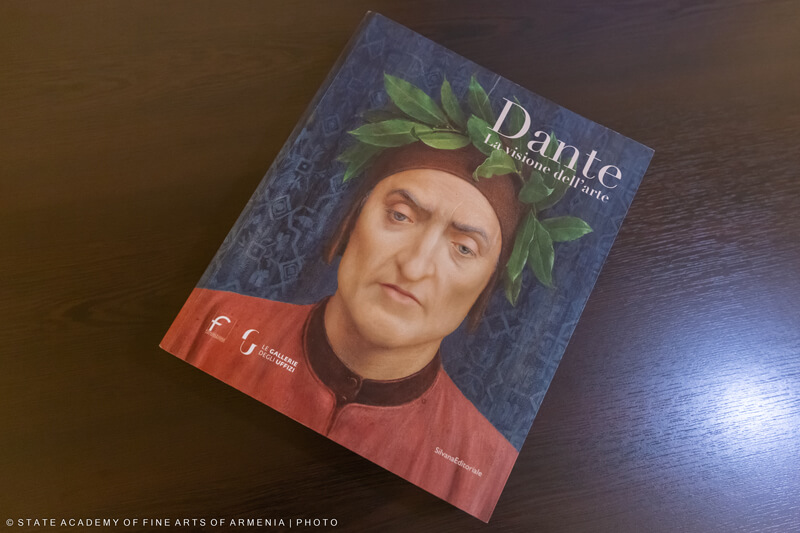 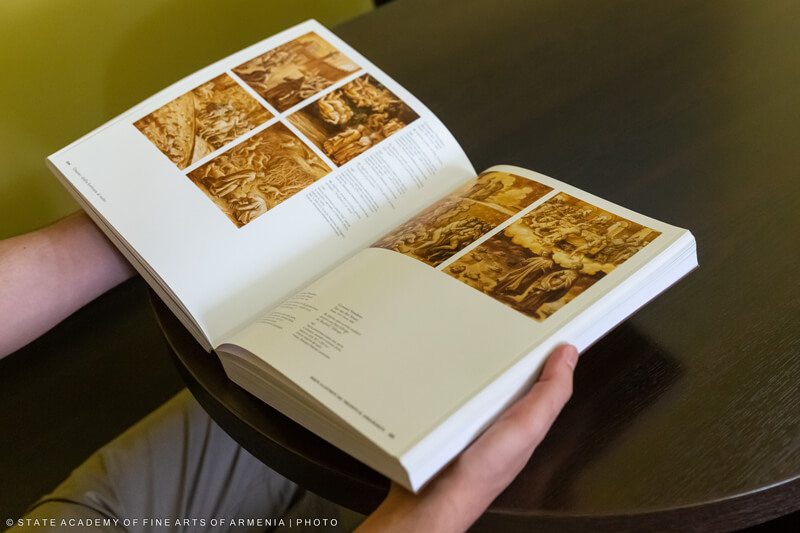 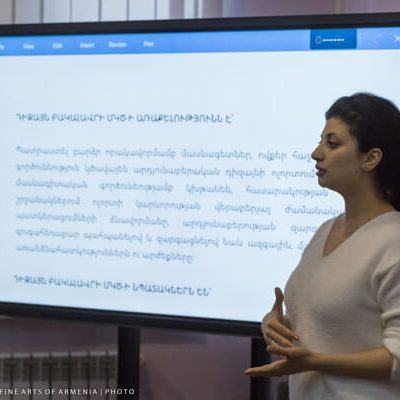 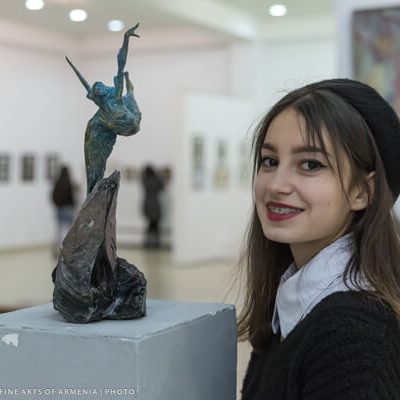 “A glance from another side” 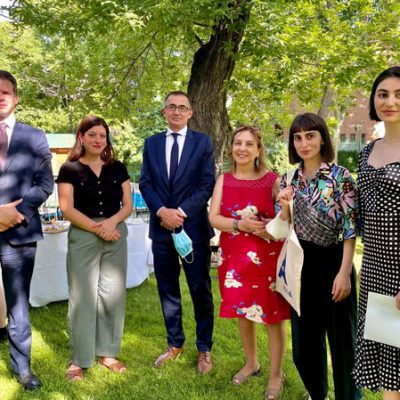 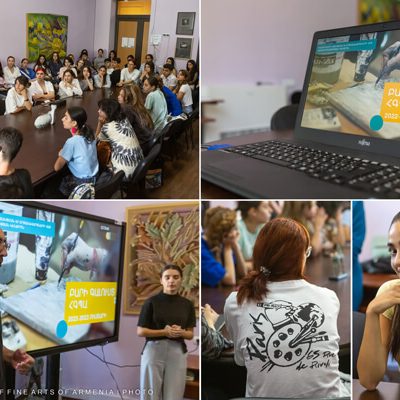